Cavs Will Host Warriors On Christmas Day This Year 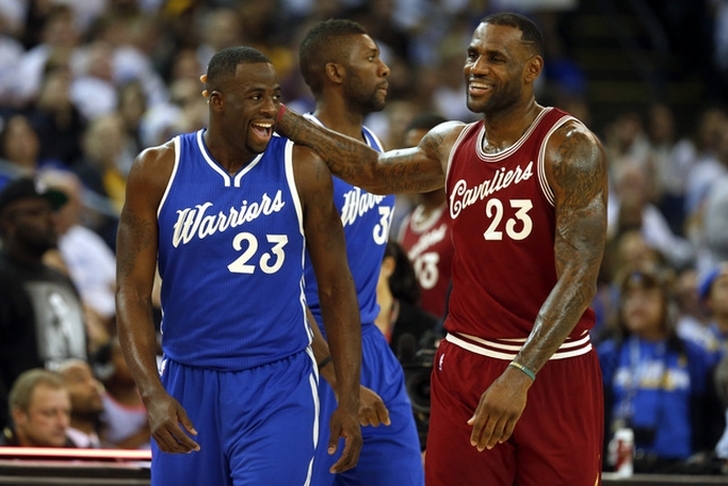 The Golden State Warriors will get their revenge chance against the Cleveland Cavaliers on Christmas Day this year. ESPN reports the two sides will once again play in a rematch of the last two years of NBA Finals.

The Cavs are the home team this season, a result of winning the NBA Finals. In last year's Christmas Day game, the Warriors hosted the Cavaliers and beat Cleveland 89-83.

The circumstances around the game will be a different. The Cavs head coach won't be on the verge of getting fired, like David Blatt was last year. The Cavs' will have a very similar roster, while the Warriors' completely overhauled their roster to make room for Kevin Durant.

Speaking of Durant, the Warriors will host the Oklahoma City Thunder on November 3rd, per ESPN. Durant will make his return to Oklahoma City on February 11th, after the NFL and college football seasons are over.

Christmas Day has become one the NBA's biggest regular season days of the year. The league typically reserves some of its best games for that day, something they are clearly doing this year with the Warriors and the Cavs.