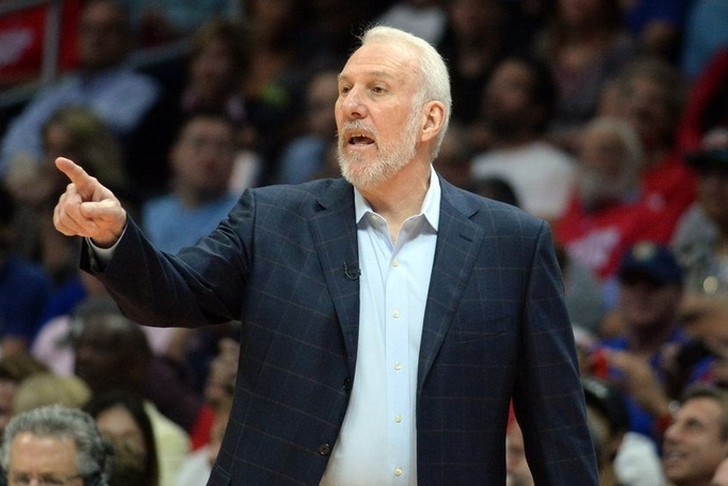 USA Basketball has announced that San Antonio Spurs head coach Gregg Popovich will coach the team from 2017-2020 after Duke Blue Devils head coach Mike Krzyzewki steps down after the 2016 Olympics.

“I’m extremely humbled and honored to have the opportunity to represent our country as the coach of the USA National Team,” Popovich said. “What the program has accomplished over the last decade under the leadership of Jerry Colangelo and Mike Krzyzewski is truly impressive. I will do my utmost to maintain the high standards of success, class and character established by Jerry, Coach K and the many players who have sacrificed their time on behalf of USA Basketball.”

“I’m absolutely delighted to announce Gregg Popovich as head coach of the USA Basketball Men’s National Team for 2017-20. There is no doubt in my mind that we have the great fortune of bringing on board one of the NBA’s best and most successful coaches ever to lead the USA National Team for the 2017-20 quadrennium. By making this decision now, it will allow us to have a clean, efficient and immediate transition following the 2016 Olympic Games,” said Jerry Colangelo, the Managing Director of USA Basketball Men’s National Team.

“Obviously this is an incredibly exciting step for the USA Basketball Men’s National Team program as we will transition following the 2016 Rio Olympics from one of the game’s greatest coaches in Mike Krzyzewski to another of basketball’s greatest coaches in Gregg Popovich. This progression plan will also help ensure that our National Team will continue to build on the culture and success we have achieved since launching the program."

Popovich has coached the Spurs since 1996, leading them to five NBA titles while winning three NBA Coach of the Year awards.