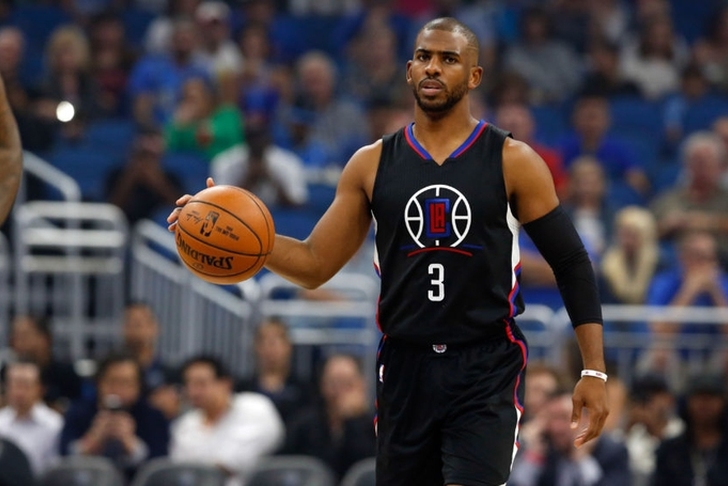 Los Angeles Clippers point guard Chris Paul is set to be one of the top free agents available this offseason, as he plans to opt out of the final year of his contract. He would like to re-sign with the Clippers and LA has made it a top priority to bring him back, but he also figures to have a number of interested suitors on the open market - and he may listen to pitches from a select few of those suitors. Here are the four teams that are the most likely to sign Paul this summer, along with Chat Sports' projected odds they actually land him:

4) New York Knicks - 150:1 odds
Paul is only interested in playing for a contender at this point in his career, so it seems odd to put the Knicks on this list. There's a clear line between them and the next tier of teams, but his relationship with Carmelo Anthony could put them in the mix - if New York decides to keep Melo, of course. That's really the only thing the Knicks have going for them if they decide to pursue Paul. This is a longshot's longshot, which tells you something about the other 26 teams not on this list.

3) New Orleans Pelicans - 40:1 odds
Could Chris Paul return to New Orleans to team up with Anthony Davis and DeMarcus Cousins? They would certainly form a dominant Big 3 and put the Pelicans among the elite teams in the league, and, of course, Paul began his career playing for the then-New Orleans Hornets. The downside is that the Pelicans would have to let Jrue Holiday walk and get rid of one of their bad contracts (Solomon Hill, Omer Asik, E'Twaun Moore) to create enough cap space to sign him. Those are a lot of hoops for them to jump through, but if they can, Paul may just listen.

2) San Antonio Spurs - 10:1 odds
Currently, the Spurs are the only real threat to take Paul away from the Clippers. Why? Because they're the freaking Spurs. Paul wants to win, and no one has done that more consistently over the past two decades than San Antonio. Teaming up with Kawhi Leonard and LaMarcus Aldridge would give the Spurs "superteam" status.

San Antonio will have a boatload of cap space if two of their 34+ trio (Tony Parker, Manu Ginobili, Pau Gasol) retire, and there's a good chance all three could walk away. It's likely this is the only other free agency meeting Paul takes.

1) Los Angeles Clippers - 5:4 odds
Paul is very happy living in Los Angeles, and he not only orchestrated the move the brought him to the city six years ago (given, it was supposed to be the Lakers, but I digress), but he helped engineer a change in the CBA that would allow him to sign a five-year max deal for over $200 million to stay with the Clippers this summer.

All of that points to him returning, but there is a chance they decide to "blow it up." If Blake Griffin leaves, Paul will be more apt to look at other options. But, for now, all signs point to him returning to the Clippers.

Follow our NBA news page for all the latest NBA free agency news and rumors!