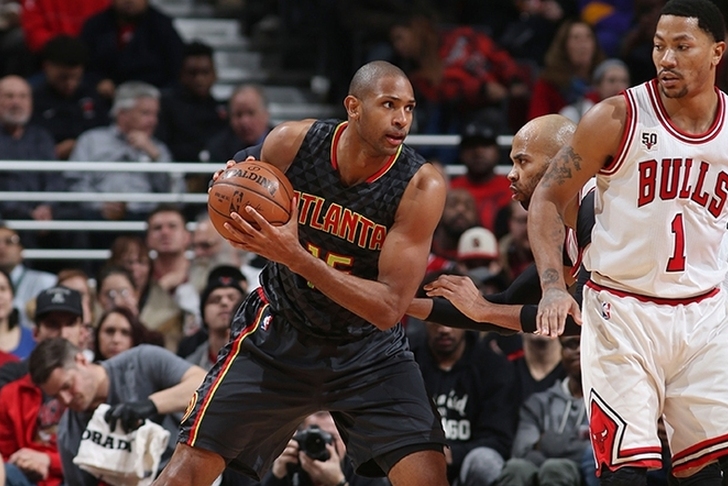 Al Horford is one of the top big men available on the open market, and he has plenty of suitors as a result. Teams can not start negotiating with Horford, or any other free agent, until July 1. However, no free agent can officially sign with a team until July 8 - with the week between being known as the “July Moratorium” - but teams across the league are already lining up their pitches to land the superstar. Here's all the latest news and rumors surrounding Horford's free agency:

8 teams pursuing Horford
Horford's free agency has been relatively low-key at this point, but he is still receiving an extreme amount of interest from several teams.

According to ESPN's Marc Stein, there are seven teams (Lakers, Rockets, Magic, Pistons, Wizards, Celtics, Nets) trying to lure Horford away from the Hawks, and plan to meet with him once free agency begins on July 1.

However, some of those teams are also targeting either Kevin Durant (Lakers) or Hassan Whiteside (Lakers), and Horford also seems to be their backup option for them if they strike out on those opportunities.

Hawks still the favorite to land him?
Horford plans to take meetings with most, if not all, of those teams listed above, but the Hawks still hold the advantage of being able to offer him more money than anyone else. He wants to sign with a contender, and Atlanta is trying to bolster their already strong chances by pursuing Dwight Howard to play alongside him, according to Stein:

If the Hawks are unable to thrust themselves into the Durant bidding, sources say that one countermove Atlanta is weighing strongly is the free-agent pursuit of Atlanta native Dwight Howard to play alongside Horford in the frontcourt. Howard will become a free agent Friday after declining his $23 million player option next season with the Houston Rockets.

The Hawks, of course, face a stiff challenge in trying to retain Horford.