Will the Spurs be Portland's next surprise victim? San Antonio vs. Portland Playoff Preview &amp; Predictions 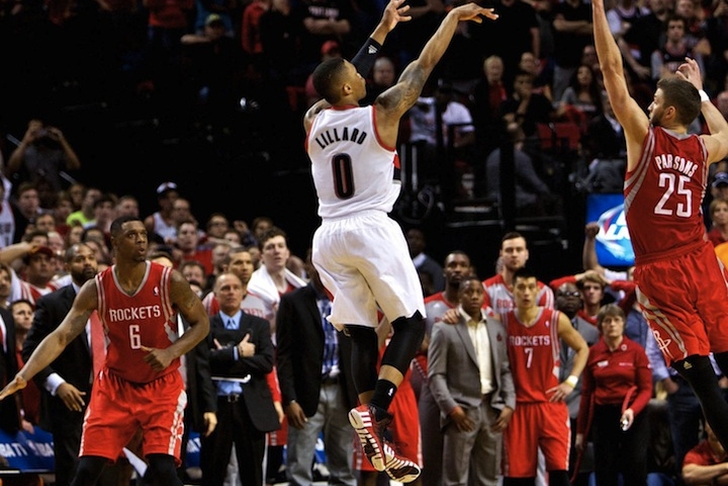 Many people had the Trail Blazers pegged as a lottery team for another season, but All-Stars Damian Lillard and LaMarcus Aldridge propelled them to a blistering 24-5 start as they found themselves atop the Western Conference standings for most of the first half of the season.

They cooled off and fell to the five-seed in the West as San Antonio took over the top spot in the conference. Head coach Gregg Popovich & Co. kept plugging along and doing what just seems inevitable nowadays. The Spurs had the NBA's best record despite playing the most different starting lineups in the league.

San Antonio had to take things off cruise control against the eight-seed Dallas Mavericks in the first round of the playoffs, however, as they pushed the Spurs to seven games.

Portland had an easier time with Houston as they knocked off the Rockets in six games in one of the most thrilling and exciting series in recent memory. So naturally, it ended in the most spectacular way possible with Lillard hitting one of the most clutch shots in NBA history and becoming one of my favorite players in the process.

Portland took the first two games, one at home and one on the road, during their terrific start before San Antonio stole the last two. The Blazers only outscored the Spurs by a total of four points in those four games, so every game in this series will likely be close.

The Spurs know what they're going to get from Tim Duncan and Tony Parker pretty much every night, but Ginobili's been more hot and cold over the past few years. He's the guy that pushes San Antonio to an elite level when he's playing well, but he's also the guy that kills them if he's ineffective.

He had a good series against Dallas, and he needs to keep up that level of play against Portland's superb wing defenders of Nicolas Batum and Wes Matthews.

San Antonio wins IF: Parker and Duncan are able to neutralize Aldridge and Lillard and Ginobili is effective in every single game.

Portland wins IF: LaMarcus Aldridge and Damian Lillard continue their amazing postseasons and are the two best players on the court at all times.

San Antonio was able to survive Dallas in the first round of the playoffs, but they gave the Mavs plenty of opportunities to take the series. They can't give Portland those same chances and expect to win. The Blazers showed strength at both ends of the court in their series win over Houston, and the Spurs looked very beatable. Don't sleep on Rip City.