Why the Los Angeles Clippers will win the NBA Championship 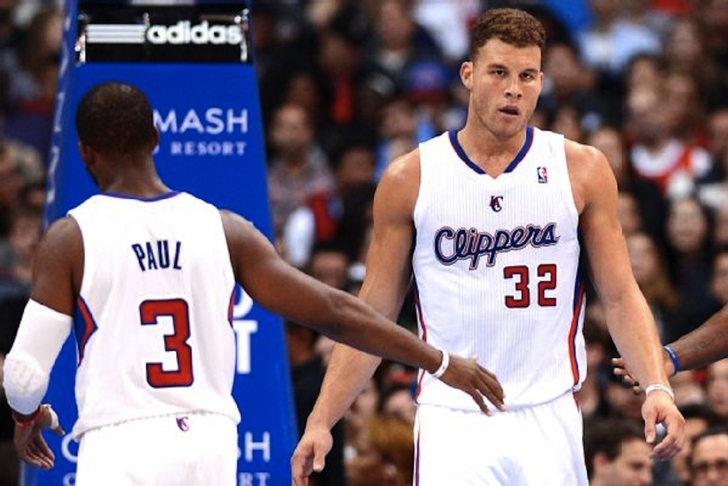 The Clippers have made major steps over the past few seasons.

First they drafted Blake Griffin and were noted for all of his high-flying dunks. Then they developed a solid supporting cast around him. Then former commissioner David Stern practically gift-wrapped them Chris Paul, and they became one of the league's best teams. But after two straight years of early exits in the playoffs, Los Angeles hired Doc Rivers to turn this team from exciting to a legitimate championship contender.

Everything seems to be falling into place for the Clippers. They signed several talented veterans both in the offseason and at the trade deadline that make them one of the deepest teams in the league, and Griffin and center DeAndre Jordan have taken that next step in their progressions.

The result is that that they've clinched the Pacific Division title for the second consecutive year and are pushing for the two-seed in a crowded Western Conference. They're still explosive offensively, leading the league in points per game (107.8), but have improved to being in the top half of the NBA in points allowed per game.

Really all this team has left to accomplish is to make a deep playoff run. Is this the year the Clippers(!!!) win it all?

Jordan has been criticized heavily over the last few years for his below-average offensive game and gross inability to shoot free throws, which led to him being benched for most of the second half in a majority of playoff games. For a guy who's supposed to be this team's third-best player, this was a huge problem.

Although he still can't do much more than dunk offensively (but those are spectacular), he has become one of the best defensive players in the NBA. While he still can't shoot free throws, Jordan averages a double-double while leading the league in field goal percentage (67.4%) and rebounds per game (13.8), to go along with ranking third in blocks per game (2.4).

He's turned himself into a efficient player at both ends of the floor, and needs to continue to play that way so he can stay on the court when the games matter most.

The Thunder and Clippers split the season series at two games apiece, but the Clippers lost two close games and won their two games by comfortable margins. Both teams are fairly evenly matched with their starting five, but the Clippers are just so much deeper than OKC. That gave them a huge edge in the regular season, and there's no reason not the think it'll continue in the playoffs.

The Warriors are following in the Clippers' footsteps. They're a young, exciting team that is trying to make the next step to becoming a championship contender. As a result, there's a heated rivalry developing between the two California teams.

It doesn't help Los Angeles that Golden State is really, really good, too. Stephen Curry gives Paul problems, center Andrew Bogut's physical play can take Griffin and/or Jordan out of rhythm, and Andre Iguodala can shut down any number of the Clipper's various shooters or render Paul ineffective.

The teams split the season series, so when the Clips and Warriors meet in the first round, it'll be a long series that might just go either way.

The Clippers beat the Warriors fairly easily while the Splash Brothers of Curry and Klay Thompson go cold in the first round of the playoffs. OKC has an extremely tough and physical series with Memphis, and Russell Westbrook re-aggravates his injury in the seven game series and is out for the playoffs. LA takes advantage and wins easily, where they then face a worn-out San Antonio team coming off a tough series with Houston. The Clips take advantage again and advance to the Finals, and they again face a worn-out team (the winner of Indiana-Miami), cruising to the franchise's first NBA title.

The Splash Brothers get hot and shoot the Warriors into the next round while the Clippers reaffirm their "soft" reputation.

I think both the Clippers and Thunder will advance to the second round, even though the series with Golden State will take a lot out of Los Angeles. Because of that bench depth, along with the drastic improvement of Blake Griffin into an all-around stud, LA escapes from that series in six games. Against the Spurs in conference finals, the defensive improvement that Doc Rivers has brought to the club, along with the clutch play of Chris Paul, will lead the Clips to the finals. If Houston makes the conference finals, DeAndre Jordan can handle Dwight Howard as well as anyone and their depth would again be the deciding factor.

The Heat and the Pacers would both be major problems, but if the Clippers can hold onto home-court advantage—which they currently hold over both Miami and Indy due to their superior record—they'll be able to win the series in seven games, making themselves NBA Champions.

It's hard to imagine the Los Angeles Clippers atop the NBA, but they have all the makings of a championship team. They have multiple superstars in Paul and Griffin. They're an above average defensive team and an elite offensive squad. They go 10 deep down the bench. And they have one of the league's best coaches.

In a Western Conference where you can point to flaws in every team at the top, the Clippers have the fewest flaws, and I think they'll have enough to get past the Heat or the Pacers. As weird as it may seem, the other team from Los Angeles will be your 2013-14 NBA Champions.

Houston Rockets – Can the new-look Rockets make noise in the playoffs?