Why Trading Andrew Wiggins for Kevin Love is a Bad Idea 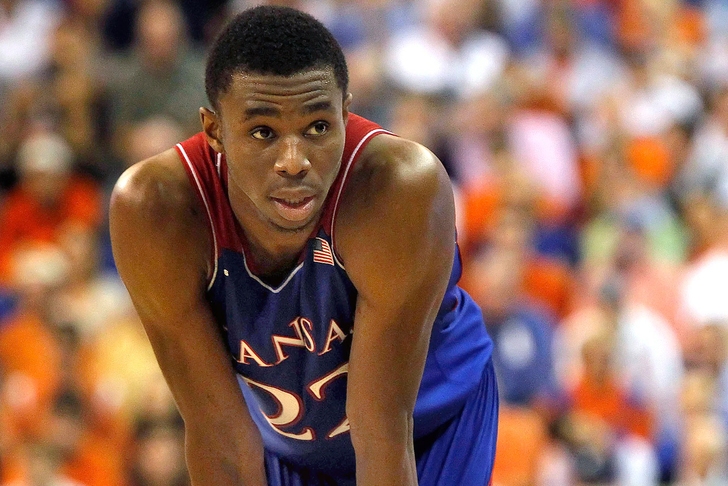 Trade talks between the Cleveland Cavaliers and the Minnesota Timberwolves have amplified over the past couple of days with the Cavs' apparent willingness to trade Andrew Wiggins as part of a package deal for Kevin Love.

LeBron James has reached out to Love, expressing his desire for the two All-Stars to play together in Cleveland.

However, as much pressure as the Cavaliers may feel to make LeBron happy, this is not a trade they should even think about making.

There's no denying that Kevin Love is one of the top 10 or 15 players in the NBA today - after all, he did average 26.1 ppg and 12.5 rpg this past season for Minnesota. He would immensely improve Cleveland's frontcourt, and would essentially be a better version of Chris Bosh.

Wiggins is part of the young core in Cleveland that still needs time to reach their full potential, but that doesn't mean they won't be really good right now.

He's already an All-NBA Defensive First-Team caliber player, and pairing him with LeBron James on the wing would absolutely suffocate opponents. His athleticism will make him a better fast-break partner than Dwyane Wade.

But perhaps most importantly, his potential will take some of the load off of James.

LeBron has had to carry every team he's been on (with the exception of his first two years in Miami), and it's taken a toll on him. He's played almost 40,000 career minutes, and will be reaching his career downslope in the next couple of years.

If he's paired with Kyrie Irving and Kevin Love, there's not a guarantee he'll still be competing for championships when his play starts deteriorating. Love has proven he can't carry a team in Minnesota, and Irving hasn't proven that yet to this point, either.

Wiggins, on the other hand, can be that next transcendent superstar - we called him "the next LeBron" coming out of high school - a guy who can carry a team by himself, let alone sharing that load with James.

He's proven to be everything we thought he was and none of what we were scared of at Kansas during his time in the Summer League. Yes, it's just Summer League, but that's all the professional basketball we have to judge him on right now, and he's killing it.

Him and Irving make the Cavaliers just as good as the addition of Love would; their strengths would just be in different areas (on the perimeter vs. in the post).

Cleveland is already the title favorite in Las Vegas without Kevin Love, and keeping Wiggins insures they stay in that position for a longer period of time when LeBron can no longer carry a team.

Plus, Cleveland holds all of the cards here.

Love doesn't want to be in Minnesota and will be a free agent after this season. The only other team in the Kevin Love Trade Sweepstakes is the Golden State Warriors, and they don't know if they want to give up the crucial piece (Klay Thompson) that will make the trade work.

So why not wait and try to get Love in free agency?

Sure, you might have to rework some contracts and LeBron might have to take less money (which he can do since he can opt out of his contract next year), but then you'd have both Love AND Wiggins.

Cleveland doesn't need to get desperate. They've been all the pieces they needs thanks to some insanely incredible luck (or fixing) in the lottery, and have the best player in the world.

Everything is in place for a decade-plus long run for the Cavaliers. Trading for Kevin Love only shortens that window.

Do you think the Cavs should make the trade for Love? Send your tweets and responses to @brauf33.

The Decision 2.0 As Told By Seinfeld GIFS