Who should the Philadelphia 76ers take with the 3rd pick in the NBA Draft? 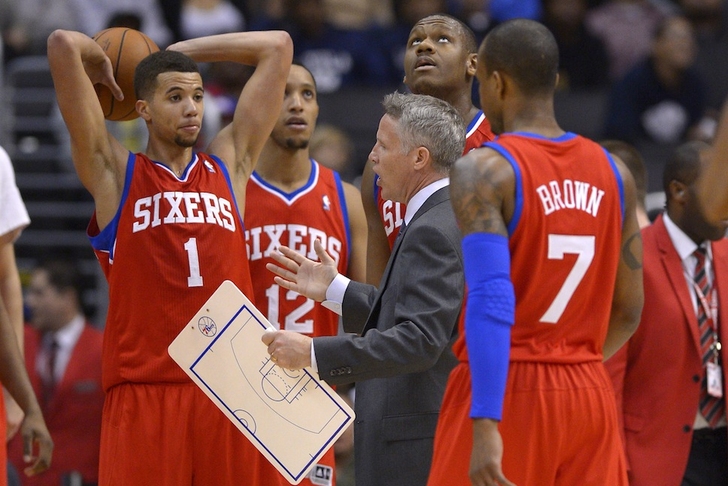 The Philadelphia 76ers were originally in a great position in the NBA Draft - they were third and would get whoever was left of the top trio of Joel Embiid, Jabari Parker, and Andrew Wiggins.

Now with Embiid's latest injury and his draft stock falling, the Sixers have become the odd man out with no clear frontrunner for the 3rd pick. Who are the candidates for that selection, and who should they end up taking?

It's almost guaranteed that Parker and Wiggins will be the first two guys off the board (in whichever order), so Embiid will still be available when the Philadelphia 76ers pick. However, there's a reason he's fallen out of the top spot - teams are very scared about how injury prone he is.

Exum's a 6'6" true point guard that can play the two because of his incredible scoring ability. He's a good passer and ball-handler, and his size will cause major problems for opponents. Exum is essentially a better, more promising version of Michael Carter-Williams, the 76ers current point guard and reigning Rookie of the Year.

Philadelphia loves Exum and have thought about pairing him with MCW in their backcourt, but both players are below-average shooters and are just too similar for it to work. If the 76ers were to draft Exum, Carter-Williams will be heading out the door via a trade.

Vonleh's the guy who benefits the most from Embiid's injury as he was the second rated center in the draft. He's intriguing because he's athletic enough to play either position in the post while still having the shooting ability to stretch a defense from the outside. The Chris Bosh comparisons are warranted, and Vonleh could provide the Philadelphia 76ers with an immediate third big man in their rotation and a long-term starter that would pair incredibly well with Noel.

This pick would be out of pure need because of his ability to play small forward. Gordon will immediately be one of the NBA's elite athletes, and he has a motor that never stops running. He's a great team player and rebounder, but needs to work on his shooting and ball-handling if he's going to play on the perimeter. Gordon's more of a project than the other guys on this list, but he has as much potential as any of them.

Who do you think Philadelphia should take? Tweet your thoughts and responses to @brauf33.