When You Get Videobombed By Two NBA Players, This Isn't How You're Supposed To React 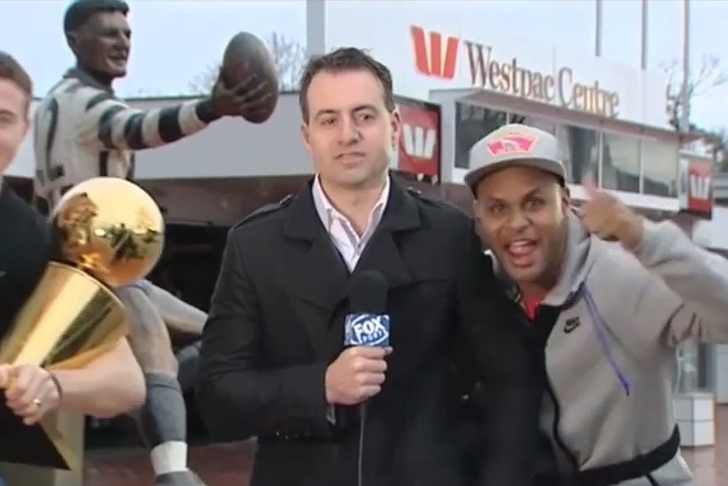 Aron Baynes and Patty Mills are two Australian NBA players who recently won a title with the San Antonio Spurs. Back in Melbourne, they decided to videobomb a Fox Sports reporter trying to film a live segment:

You'd think that the Larry O'Brien trophy might have tipped the guy off that these weren't your average pranksters...but apparently not.