What can the Grizzlies do for an encore? Memphis Playoff Preview 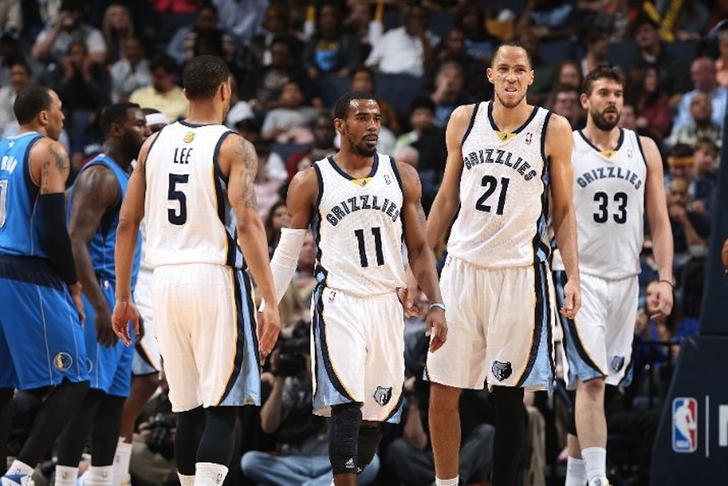 At this time last season, Memphis was shocking NBA fans around the world by making a surprise run to the Western Conference Finals before falling at the hands of the San Antonio Spurs. You'd think they'd look to continue to build on their success, but instead it seems like they took a step back in the offseason.

They chose to not bring back head coach Lionel Hollins, although he was fresh off a 56-win season, and promoted assistant coach David Joerger , making him a first time head coach. Some rotation pieces left the squad as well, but the core of point guard Mike Conley and big men Zach Randolph and Marc Gasol stayed in tact.

This Memphis team followed the same formula as their successful teams of the past - play great, hard-nosed defense and have just enough offense to get by. They're among the league's best defensive teams again (94.6 points allowed per game, 3rd in NBA), but are among the worst offensive teams in the league (96.1 ppg, 27th in NBA).

Their style of play is perfectly suited for the playoffs, but a slow start to their season left them with the seventh seed in the West. Will they have enough offense to become a dangerous team this postseason?

Zach Randolph and Marc Gasol are Memphis' anchors in the post, but outside of Conley, they don't have anyone on their roster that is a threat from the perimeter. Conley was forced to pick up the slack offensively after Rudy Gay was traded last season, and has done a decent job at both carrying and running the offense this year (17.2 ppg, 6.0 apg).

For the Grizzlies to upset the Thunder in the first round of the playoffs, Conley is going to have to pick his game up even more. The West is stacked with good teams that have multiple superstars on their roster, and he needs to play like one (even though he's not) to give Memphis a chance.

These two squads have met in the playoffs each of the last two years, and each time they've been a wildly entertaining series. The narrative has been that Memphis' tough, defense-first approach overpowers the Clippers' soft, highlight-reel offensive approach, and that's somewhat stayed the same throughout this season. Their defensive scheme works really well at forcing Los Angeles's star players to shoot shots they're not comfortable with, allowing for the Grizzlies to get easy baskets in transition.

OKC has had a vendetta against Memphis after the Grizzlies knocked them out of the playoffs a year ago. It also helps that they're bigger, faster, and more talented. Having Russell Westbrook back also gives the Thunder a huge edge they were missing in last year's playoffs.

The Spurs play essentially the same way - defense first - that the Grizzlies do, they just have better players and are better at it.

Westbrook's knee injury flares up again and holds him out for most of the series, and Memphis is able to capitalize for the second year in a row and beat the Thunder. Then they'll face the Clippers, whom they've split seven game series' with each of the past two years, and manage to pull out another surprising win because Randolph is Blake Griffin's kryptonite. Then they'll face the Spurs or Rockets in the conference finals, but lose in six games because they can't keep pace offensively.

Oklahoma City comes out wanted revenge from last year's playoff loss to the Grizzlies and dominate all aspects of the game, sweeping Memphis.

Memphis had a nice season, winning 50 games during the regular season, but I just don't think they have enough talent on their roster to beat a team as good as OKC, especially given their lackluster offense. The Thunder can score a ton of points with ease, led by now 4-time scoring champ Kevin Durant, and Memphis just won't be able to keep pace, losing in five games.

Dallas Mavericks – Does Dirk have one more run in him?