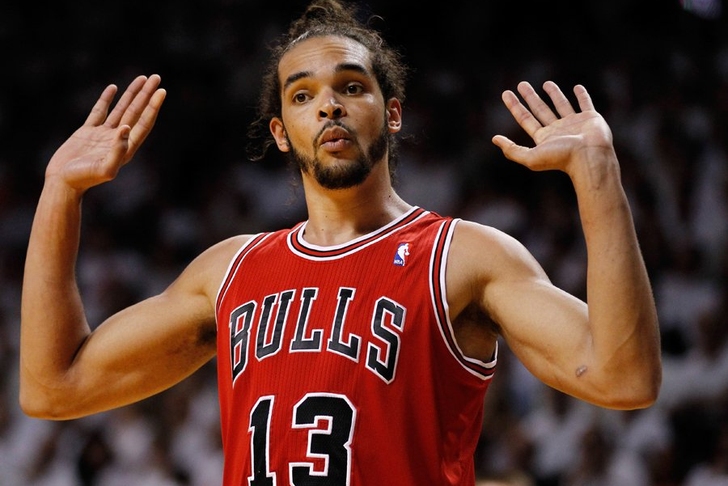 Joakim Noah wasn't too happy with the way Monday's Chicago-Sacramento game was going (rightly so, the Bulls ended up losing by 30). Things went from bad to worse midway through the third quarter when Noah was called for a foul, then proceeded to tell every ref in the building (and some fans too, for good measure) what he really thought about them (NSFW language, but you probably could have guessed that).

Noah received a $15k fine, but wasn't suspended for the outburst. For a Bulls team trying desperately to tank without making it seem like they're tanking, that might be a worse punishment than a suspension.

NBA Coaching Rumors: Which Head Coaches Are On The Hot Seat?