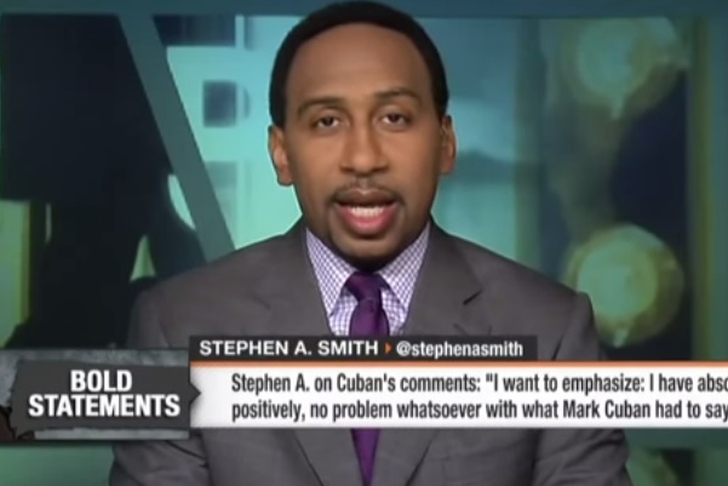 Stephen A. Smith was one of the few prominent African-Americans to defend Mark Cuban after his comments on race last week. Smith was then subjected to some vitriol of his own, with harsh labels like 'Uncle Tom' thrown his way.

Over the weekend, Smith decided that instead of backing down, he would say his piece on the air...and regardless of your position on the situation, you won't want to miss what he had to say: