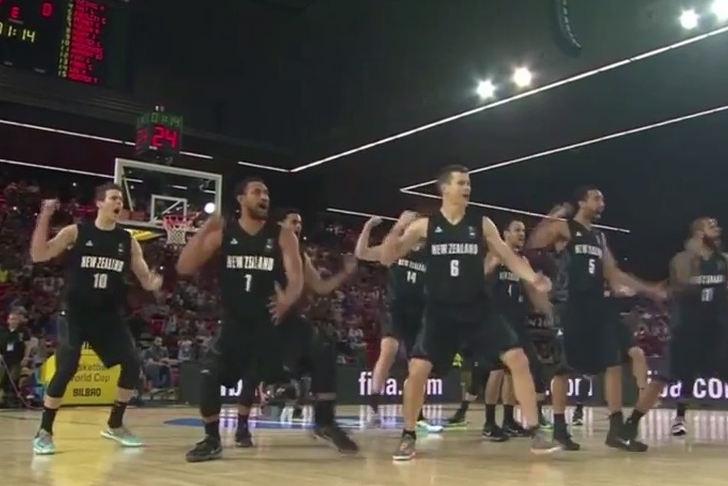 The NZ Basketball team decided to perform the Haka before taking on the United States basketball team on Tuesday morning...and it didn't appear to have the desired effect:

Some players, like Derrick Rose and James Harden, appeared more confused than anything else, and it was pretty clear that none of the USA basketball players were what you would call "intimidated". The Kiwis were down by 22 at halftime, and the United States coasted to an eventual 98-71 win.