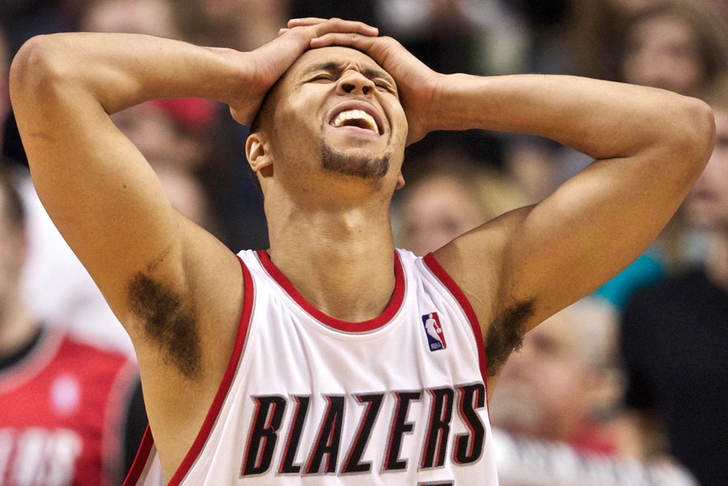 Brandon Roy and Gilbert Arenas weren't on NBA rosters this year, but they still took home two of the highest salaries in the entire league.

Arenas, who made $22,346,536 (the third-highest in the NBA after Dirk and Kobe), was amnestied by the Orlando Magic in December 2011 and last played for the CBA's Shanghai Sharks. Roy, who was amnestied after he announced his retirement from the Portland Trailblazers at the beginning of the 2011 season, took home $17,779,458 (the 17th highest salary this season).

Roy's contract will expire after this season, but the Magic are on the hook for Arenas until 2016 - the contract was due to expire after 2013-14, but Orlando and Arenas decided to spread it out more to lessen the financial burden on the rebuilding team.

Neither player is expected to make a return to the NBA at any point - Roy retired for a second time after a failed comeback bid with the Minnesota Timberwolves, and Arenas was unable to make the Lakers' already-depleted 15-man roster back in Fall 2013.