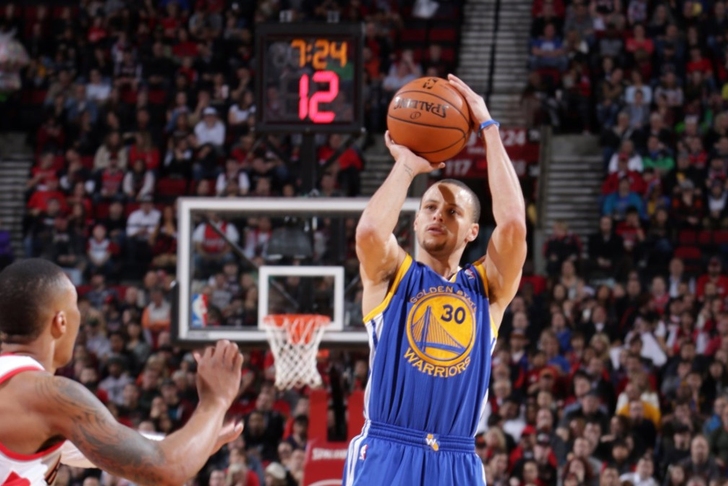 The MVP race is as wide open as it's been in several years with injuries causing the past three winners - Kevin Durant, LeBron James, and Derrick Rose - to miss significant amounts of time. With their absence, who has risen to the top of the NBA?

Westbrook missed a chunk of time at the beginning of the season, but he's been the biggest reason why Oklahoma City has been able to dig themselves out of the hole they created to start the year. Durant's been in-and-out of the lineup all year, which has allowed Westbrook to shine (26.1 ppg, 7.6 apg, 6.2 rpg). Having Kevin Durant back healthy obviously helps the Thunder in their push for the playoffs and will hamper Westbrook's MVP case, but he deserves recognition for the way he's been able to keep this team together.

Davis toils in relative obscurity out in New Orleans, but don’t be fooled. He is the absolute prototype of what an NBA big should be in today’s game – flexible inside and outside of the paint, quick on and off the ball, with a killer instinct down low that makes him almost impossible to defend when he gets his space. Aside from dominating both as a scorer and rebounder with a double-double average (24.5 points, 10.3 rebounds), Davis has supplanted OKC’s Serge Ibaka as the most feared interior defender in the game – leading the NBA in blocks with 2.7 per game.

LeBron won't win the MVP this year, but the 10 games he has missed this season show just how valuable he is. Cleveland has a 32-21 record, but are just 1-9 without their superstar. We all know how good the four-time MVP is, and he's producing another masterful season (26.1 ppg, 7.4 apg, 5.4 rpg).

Harden is the NBA's leading scorer with 27.1 points per game, but is also showing his all-around game with 6.7 assists and 5.5 rebounds per game. He's almost single-handedly kept the Rockets in the top half of the Western Conference playoff picture as they've played without star center Dwight Howard for most of the season. Harden has some ground to make up on the guy in front of him, but he has clearly turned this into a two-horse race.

Stephen Curry has officially taken the leap over the past year-plus, graduating from top-tier NBA marksman to the most deadly pure shooter in all of the NBA. Give Curry an inch, and he’ll confidently launch for 5, 10, 20, or 30 feet. Add to the mix his deadly first step and NBA2K15 set of handles, and Curry’s offensive game has opened up the floor for the rest of the NBA-best Warriors to get theirs. Averaging 23.6 points, 7.9 assists, 4.7 rebounds, and 2.1 steals per game, Curry has a legitimate chance to become just the 7th all-time member of the 50-40-90 club – shooting 48.7% from the field, 40.8% for three, and 90% from the free-throw line.