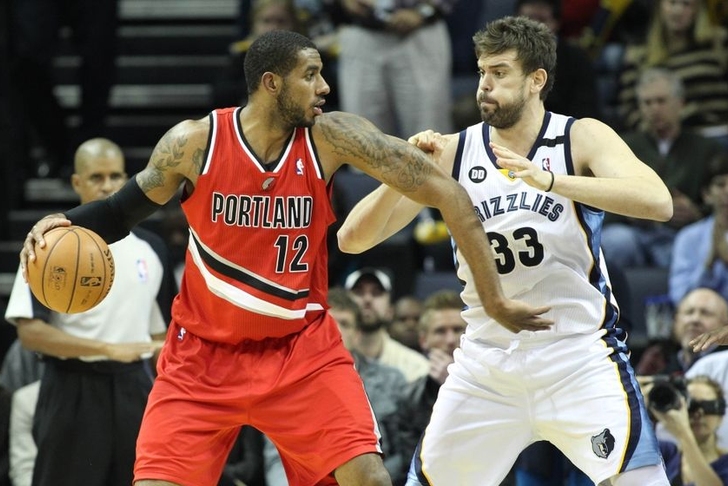 Many teams around the league are counting on rebuilding their roster quickly by signing a marquee free agent or two, but there aren’t many franchise-changers that will available. Here are the five guys that every team will go after this offseason:

Gasol is much more than just a force in the low post. The 7-foot-1, 265-pounder also has the shooting touch and passing skills necessary to functions as a versatile franchise big man for the Lakers for years to come. He’s averaging a career-best 17.7 points per game with Memphis this season and it’s going to take an epic recruiting pitch to get him to leave the Grizzlies. However, every team is going to offer him max money, and once he sees life in a bigger market, he could be on his way out.

Aldridge doesn't appear to be going anywhere, but that doesn't mean he'll be short on suitors. He's averaging over 23 points and 10 rebounds per game while playing through a thumb injury that will need surgery in the offseason. Aldridge will get max offers from every team - the Spurs, in particular, are very interested in him - but all signs point to him remaining in Portland. 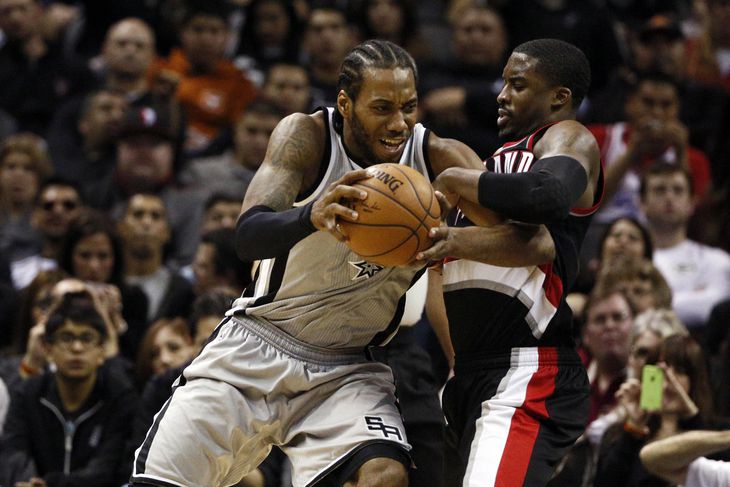 Leonard is a restricted free agent, meaning the Spurs will be able to match any offer he gets on the open market, but when he wanted to work out an extension with San Antonio before the season started, but the Spurs were unwilling to offer him a max contract. Leonard will undoubtedly get that in free agency from several teams, so it’ll be up to the Spurs to match.

Butler is also a restricted free agent, and while the league's Most Improved Player will obviously be offered a max contract by someone, Chicago will (probably) do whatever it takes to make sure he stays with the Bulls. That doesn't mean teams like the Lakers and Knicks won't throw everything they have at him, though, just in case. Jordan enjoys playing for the Clippers, but they might not be willing to offer him the money that’s necessary to keep him in Los Angeles. Teams have cap space to give him close to max deal if they so choose, and while that may seem like an overpay, Jordan's elite rebounding and shot-blocking abilities would greatly improve any team.

Rondo’s short stint in Dallas hasn’t gone as planned, and it seems very likely that he’ll be headed elsewhere this offseason. Several teams really wanted to find a way to trade for Rondo early in the season, but the Celtics dealt him to the Mavericks. Even though he comes with some character concerns, he will have several suitors on the open market, but the Los Angeles Lakers are the favorites to sign him. Green has emerged as a star in just his second season in the league, but his short and cheap contract from being a second-round pick will come off the books this offseason. Golden State is paying him just $915K this year, and Green is likely to receive a max contract on the open market. As much as the Warriors would like to keep him, they might not be able to afford it with Klay Thompson’s max extension kicking in next season.

Millsap's versatility would be a dream complement for anyone in the front court, as he possesses true two-way talent and an underrated motor. He’s averaging a quiet 17 points and 8 rebounds for the Eastern Conference-leading Atlanta Hawks, and his deft shooting touch and impressive versatility makes him a prime target for several teams as they continue forward in the triangle offense. The top priority for the Heat is making sure they find a way to keep Dragic in Miami. He’s already gave the team a huge boost since joining them at the trade deadline, and they want to make sure they didn’t make that trade for nothing. Dragic has said he’s also interested in joining the Lakers or Knicks once he hits the open market, but the Heat were one of his top choices as well. Miami can offer him more money than anyone else in free agency, and they might have to overpay to keep him in South Beach – something Pat Riley & Co. wouldn’t necessarily mind doing. Monroe hasn’t wanted to commit to Detroit long-term, and he’ll be looking elsewhere in free agency. Several teams were connected to the Pistons center in sign-and-trade talks last year and trade rumors once again this year, and his evolving offensive arsenal and bruising work in the low post would be a perfect building block to work with going forward. Monroe isn’t a max player and would save teams some money while still getting a really productive big man.