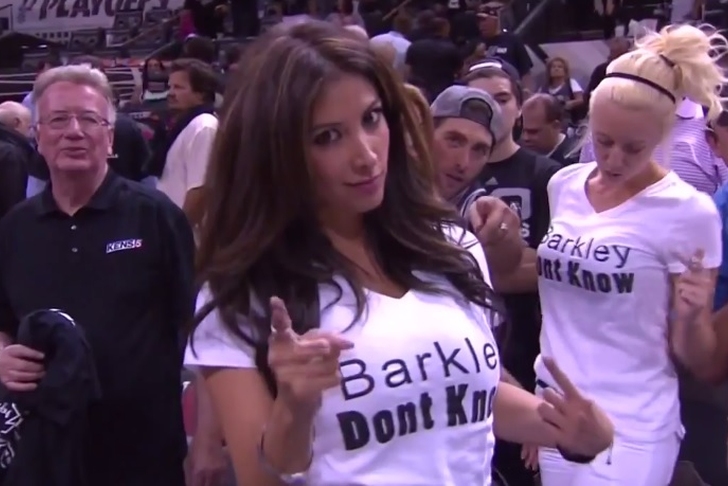 Charles Barkley didn't have the nicest things to say about the women of San Antonio, and as you might imagine, the ladies of San Antonio weren't exactly thrilled.

Presented with evidence that there are, in fact, some very attractive women in San Antonio, did Sir Charles see the error of his ways?

...of course not. His response: “That woman ain’t from here. They flew her in from Dallas.”