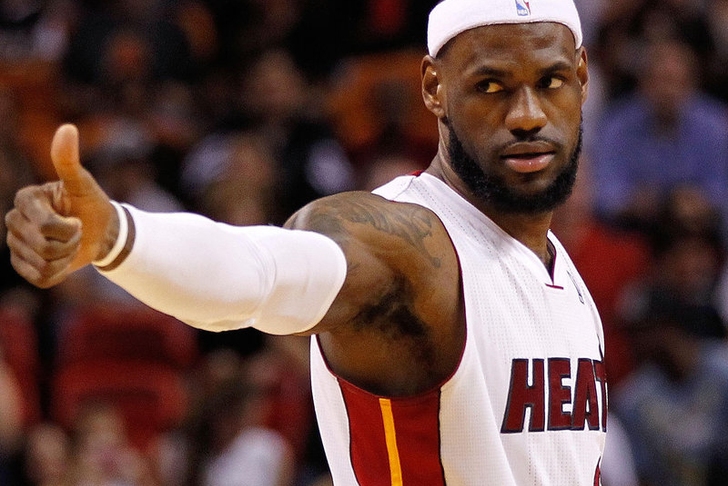 If you don't know what to think about this next meme, you're truly not alone.

After LeBron James left Game 1 of the 2014 NBA Finals due to extreme cramps resulting from an air conditioning malfunction at AT&T Center in San Antonio, the Internet went nuts with pictures and tweets at James' expense.

However, this next picture found by Deadspin's Sean Newell may have officially taken the whole "it's all fun on the Internet" thing way too far.

First, a little background from Newell himself:

Berra was honored (by The Yogi Berra Museum) on Friday for his participation in the Normandy beach invasion. During the famed attack, then minor leaguer Lawrence Berra was apparently picking off Nazis and setting in motion events that would lead to the eventual shame of an as-yet unborn LeBron James.

We have to speculate that this was all meant in jest - but REALLY?!?!