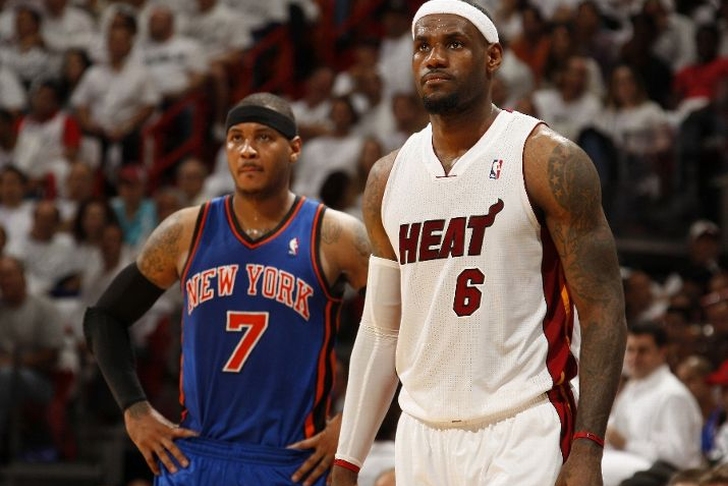 According to Marc Berman of the New York Post, Anthony's delayed decision is the result of a long-shot hope that the Knicks will clear enough salary to make room for LeBron James. Playing with LeBron is still a dream for Carmelo, and although the odds are slim - Berman admits as much - the hope that Melo could have the best of both worlds has stayed his hand so far.

Amar'e Stoudemire would have to be moved - he was linked to Philadelphia Tuesday morning. Andrea Bargnani would have to leave as well - he's been mentioned in every Knicks trade rumor for weeks now. Iman Shumpert and Jeremy Tyler might also have to see the door, but their future is still cloudy. If Phil Jackson could make all those moves...well, there's a chance.

Make no mistake - the odds of James and Anthony combining forces in New York are outrageously slim. The motivations for Anthony are clear, though - he'd get to play with one of his best friends without having to uproot his wife and seven-year-old son. While this isn't an indication of where the NBA's two top free agents are going, it should provide some insight into why those decisions are taking so long.