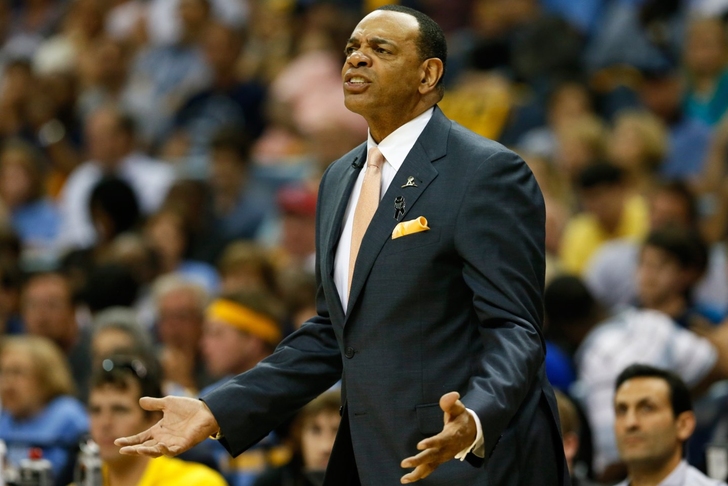 Springtime means two things in the NBA: the NBA Playoffs are here to make personal relationships really hard to maintain and the NBA coaching carousel is ready to start spinning at full force.

With that in mind, we here at Chat Sports would like to give you a glimpse into the NBA's 10 best available coaches.

These are the 10 guys that are ready and able to start tomorrow if you're looking to build your favorite NBA franchise into a perennial championship contender.

At 35 years of age, the son of longtime coach Bernie Bickerstaff has already received interviews for head coaching positions with the Phoenix Suns, Detroit Pistons, and Milwaukee Bucks. Name recognition can go a long way for a coach trying to make his name in the NBA, and Bernie's sterling reputation around the league will serve J.B. well going forward.

J.B. was the youngest assistant coach in the NBA when he joined his father's staff with the Charlotte Bobcats (2004-05) at the age of 25. He has also served as assistant for the Minnesota Timberwolves (2007-11) along with his current job under Kevin McHale in Houston. It's only a matter of time until J.B., who has lived and breathed basketball his entire life, ends up the main man for a franchise in transition.

If this video was a distillation of Nate McMillan's coaching philosophy, he would have had a job yesterday. However, McMillan has a reputation as teaching a slow, measured (perhaps plodding) offensive style which his dropped him out of favor in an NBA environment predicated on high-energy pick and rolls and transition dunks.

However, given the right talent and the right situation, McMillan can craft a team into a perfect inside-out machine. If he can adapt to the pacing of the NBA game in 2014, there is no reason that Nate McMillan can't mold a team filled with youth and dynamicism (see his work in Portland from 2008-11) into a winner.

Let's get this straight: Lionel Hollins has a legitimate beef when he says that he didn't deserve to be let go after posting a 56-26 record and taking the Memphis Grizzlies to a Western Conference Finals appearance in 2012-13. Yet, Hollins' televised airing of grievances during 2014's All-Star Weekend may sour him in the eyes of more conservative front offices around the league.

However, this man is a big reason why Mike Conley and Marc Gasol are morphing into legitimate superstars before our very eyes. His direct, no-nonsense coaching style may cause some to hesitate, but this man can build you a potential dynasty with the right space and time.

Kurt Rambis could be number one this list if he still pulled this look off with the same underdog abandon that made him a cult favorite with the Los Angeles Lakers during the "Showtime" era. Despite not representing "Nerd Power" with the same tenaciousness, Kurt Rambis is fast becoming a vogue pick for the next perpetual assistant coach to fully make the leap.

People will point to his 32-132 record as head coach of the Minnesota Timberwolves from 2009-11, along with an uninspiring Western Conference Semifinal sweep as Lakers' interim coach in 1999 against the Spurs, as proof that Rambis can't be the guy. However, Rambis had the chance to sponge coaching wisdom off of Phil Jackson for four years, and deserves a chance to take full control of a team not assembled out of someone else's leftovers.

Jeff Van Gundy isn't for the faint of heart. His rants on everything for officiating to flopping in the NBA may have placed a "Do Not Hire" sign on his back for owners and front office executives looking for a coach that will call it right down the company line.

However, Van Gundy is an inspired coach with a brilliant basketball mind. He has had just one losing season in parts of eleven seasons in coaching, and has one NBA Finals appearance (1998-99 with the Knicks) on his resume' as well. Van Gundy can handle the pressure of a big market, so don't expect him to back down from a chance at the Los Angeles Lakers' job if he finds himself on their shortlist.

“First of all, I’m going to be at Michigan State,” Tom Izzo said in an interview on ESPNU's College Basketball Podcast. “Put it this way, I got a big time recruit coming in here in about an hour, so if I was leaving, I wouldn’t be recruiting.”

In coach-speak, this doesn't necessarily mean that Tom Izzo is completely off the market for NBA jobs in the 2014 offseason. Plenty of college coaches have leveraged great job situations into better contracts and more control at the NBA level -- with varying success. But, out of all of the could-jump-to-the-NBA coaches out there, Izzo's ability to evolve and develop talent in a short span stands out.

However, to wrest Izzo away from 20 years of job security with the Spartans, it may take more than the Minnesota Timberwolves' opening or the Detroit Pistons' opening in its current state (minus a general manager).

Those who look solely at Byron Scott's last stop in Cleveland (64-166 record from 2010-13) may argue that Byron Scott owes his career to Jason Kidd's arrival in New Jersey in 2001. Scott used Kidd's leadership to rejuvenate a rudderless New Jersey Nets team, leading them to back-to-back NBA Finals appearances before being let go after a disappointing 22-20 start to the 2003-04 season.

However, it's Scott's time building the New Orleans Hornets in 2005-09 from also-rans to contenders, along with helping mentor Chris Paul along in his evolution toward becoming an absolute megastar, which shows what Scott can do with the right balance of inspiration and talent. The Cleveland Cavs looked lost on defense more often than not under Scott, so he'll have to come into his next stop with a definitive plan on how he's going to fix that gaping hole in his game-planning philosophy.

Stan Van Gundy is a Van Gundy through and through, essentially losing his job with the Orlando Magic for calling out Dwight Howard for wanting his coaching head on a stake.

Put aside his somewhat-justified paranoia, and you are looking at a head coach with a .641 regular-season winning percentage in parts of eight seasons as an NBA head coach. Van Gundy knows how to win. He knows how to run an offense through a big man (are you listening, Pau?) and use that to make perimeter players that much better.

Succintly, Stan Van Gundy is a proven winner who is worth the perceived hassle his mouth can create.

Any excuse to see that beautiful shot in action is worth it.

Kerr won five NBA titles as a player -- three under the legendary Phil Jackson with the Bulls (1996-98) and two under the also-legendary Gregg Popovich (1999 and 2003) with the Spurs. Kerr acted as an on-court coach for some of those legendary teams, and gleaned a ton of know-how from both titans of the game in the process.

As the new president of basketball operations for the New York Knicks, Phil Jackson wasted very little time tabbing Steve Kerr as the favorite for Mike Woodson's former job on the Knicks' bench. When one of the greatest head coaches in the NBA's history speaks of "philosophically, a great connection" between himself and Kerr, the whole basketball landscape should be put on notice.

Fact number one: George Karl is currently riding a 21-season streak (with 2001-02's 41-41 record in Milwaukee the only .500 campaign) without a losing record in the regular season.

Fact number two: George Karl has the sixth-most regular-season victories of any coach in NBA history (1,131).

Fact number three: Karl is one of the most respected and accomplished players' coaches in the history of the NBA, with or without an NBA championship to his credit.

Seven Coaches Who Can Take Over For Mike D'Antoni Tomorrow