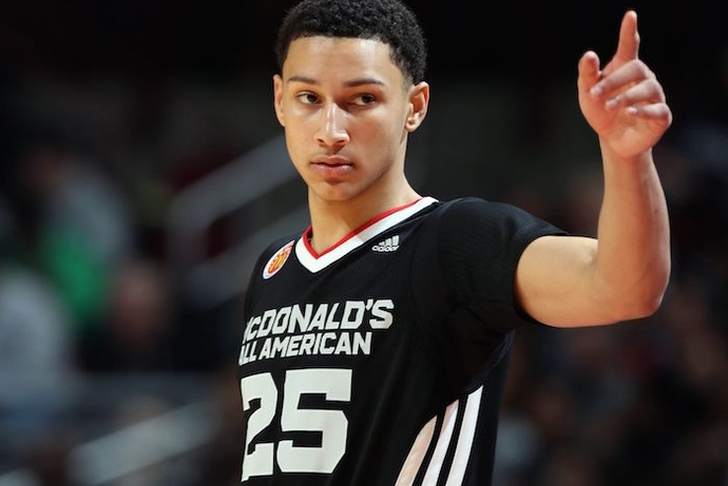 With a new NBA season less than two weeks away, most teams are full of hope and optimisim about their playoff chances or championship ability. However, there are others (like the Sixers) who know they're going to go through another season of tanking to get a high draft pick. So, who are the top draft prospects that teams will be tanking for this season? Here's the top eight:

The 6'10", 250-pound already has an NBA-ready body, and he hasn't even played a game for Maryland yet. Stone makes his money around the basket, using his strength to create space and his soft touch allows him to shoot a high percentage. The freshman is also comfortable stepping away from the basket, and is a proven winner (won four straight high school state titles). Scouts want to see him play with more consistency at Maryland, but he has the skills to move into the top five by the end of the year.

Poeltl really made his mark in the NCAA Tournament last year because of the way he played against Jahlil Okafor in the Sweet 16. The 7'1", 235-pounder needs to add some strength before moving to the NBA, but his elite shot-blocking ability and developing offensive game has scouts intrigued.

Newman surprisingly committed to the Bulldogs once Ben Howland was named as the head coach, but he's expected to be a one-and-done player with his combination of size (6'5") and quickness. He's been compared Emmanuel Mudiay, who went seventh overall to the Denver Nuggets, and needs to work on his defense. Still, his explosiveness, finishing ability, and good shooting will keep him high on the NBA's radar.

Bender has the size (7'1") and shooting ability to be this year's version of the fabled-but-never-found "next Dirk Nowitzki." He does need to add strength (216 lbs.), but he's already a good finisher and rebounder. Like most foreign guys, he will need a few years to develop, but he can become a very good player in the league.

Ingram has as much potential as anyone in the draft, and could be competing for the No. 1 pick after the college season. He's a 6'8 small forward who has all the skill in the world on the offensive end and elite athleticism, but his lack of strength (198 lbs.) will be a big negative going forward.

Brown shocked most people in the college basketball world by signing with Cal over Kentucky, but the 6'7", 220-pound small forward has the potential to be the best player in this draft. He has elite athleticism and is excellent attacking the rim, but just has to work on his jump shot during his freshman season.

Labissiere has the height (7'0") and elite athleticism to be a dominant, versatile big man in the NBA, and is at his best blocking shots. He's still extremely raw and needs work the the fundamentals, particularly with his footwork on the offensive end of the floor, but has an unlimited amount of potential.

Simmons is the kind of player that makes NBA teams giddy. He has elite NBA size at 6'10" and 240 lbs, but has the ball-handling ability and perimeter skills to play point forward. Simmons is an excellent passer and is a triple-double threat every time he steps on the floor.