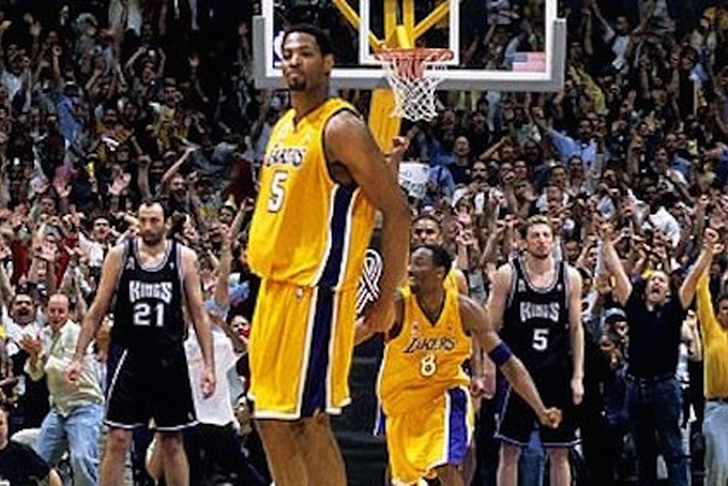 The Lakers absolutely owned the 1980's, but this was of the two years when the Rockets made the Finals - the only other team to win the West in the decade. Los Angeles was the overwhelming favorite to win the series, but Houston's Twin Towers of Hakeem Olajuwon and Ralph Sampson carried the Rockets to a 4-1 series win.

San Antonio looked like they were on their way to making their last hurrah with Tim Duncan, Tony Parker, and Manu Ginobili (that obviously didn't turn out to the be the case) against the up-and-coming Thunder. The Spurs took the 2-0 series lead, but Kevin Durant and Russell Westbrook exploded from that point on and won the next four games.

The defending champion Rockets were facing an up-and-coming Spurs team led by David Robinson, but Hakeem Olajuwon proved to be the difference. He averaged an astonishing 35.3 points, 12.5 rebounds, 5.0 assists, and 4.2 blocks per game, marking one of the best individual performances in NBA postseason history while leading the Rockets to a 4-2 series victory.

Los Angeles barely clawed into the first Finals of their three-peat, pulling off a 15-point comeback in Game 7. Only three games were decided by single digits in this series, but it still went back-and-forth throughout its duration.

This series is often remembered for the extremely poor officiating in Games 6 and 7 that essentially gave the Lakers the series (thanks to Tim Donaghy), but that's just another layer in what is undoubtedly the best Western Conference Finals of all time.

Games 4 through 6 were decided by a combined six points, but no game was more dramatic than Los Angeles' 100-99 victory in Game 2.

Robert Horry's buzzer-beating three capped off a 24-point comeback for the Lakers, who overcame a 3-2 series deficit to win in seven games.