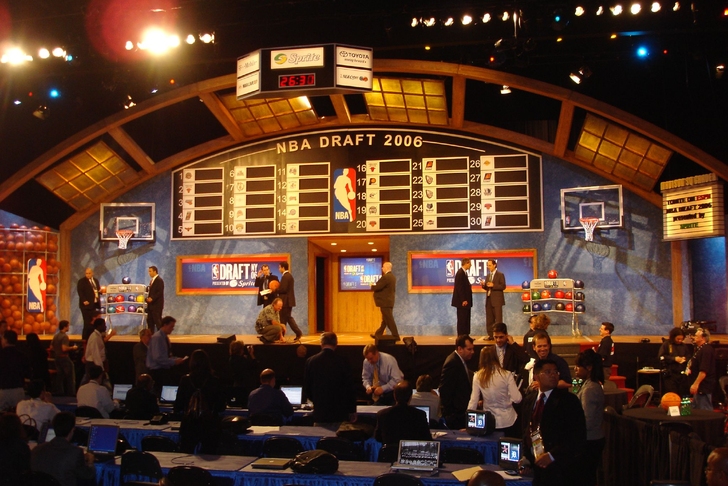 Don't believe us? Let us show you with...

5. Jazz president Randy Rigby offends the entire state of Utah with his one-word reaction to the 14th selection in the 2013 NBA Draft Lottery.

4. It's slightly ironic that one of the most awkward hand-slapping, fist bumping celebrations in NBA Draft Lottery history helped bring the cool that was Allen Iverson into the league. Did we all celebrate like that in 1996?

3. Former Chicago Bulls general manager Jerry Krause almost spontaneously combusts when the Bulls win the 1999 NBA Draft Lottery. That or he's dancing...we're not quite sure.