Tale Of The Tape: Breaking Down The 2015 NBA Finals 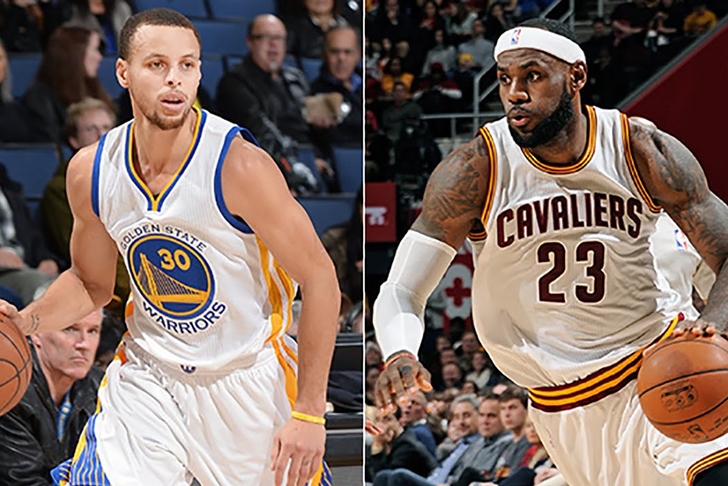 The Cleveland Cavaliers and Golden State Warriors are set to square off in what should be one of the most epic NBA Finals in recent memory. In a series between teams so evenly matched, who holds what advantages where?

Both players are All-Stars and among the league's best at the position, but one player is the MVP.

Shumpert is one of the premier perimeter defenders in the NBA, but his offensive game is limited. Thompson, on the other hand, is known as a terrific shooter, but he may be the best two-way shooting guard in the league.

With Thompson being cleared by play in Game 1, he's past the concussion he suffered against the Houston Rockets - making his an easy choice.

Barnes is a nice young player, but LeBron James is the best player in the world for a reason.

Both players are undersized for the position, but they play it very differently. Green is extremely versatile and can play on the perimeter or in the post, while Thompson is a rebounding specialist - particularly on the offensive end.

Green gets the nod in this matchup because of his versatility.

Bogut and Mozgov are both defensive stoppers and the rim protectors their respective teams rely on, but Mozgov is slightly more athletic and has a more versatile offensive game.

Cleveland's bench is headlined by sharpshooter J.R. Smith and Matthew Dellavedova, but they don't have many reliable options outside of that. Golden State, on the other hand, feels comfortable going 10 or 11 deep with Andre Iguodala, David Lee, Shaun Livingston, Leandro Barbosa, Festus Ezeli, and Marreese Speights.

Steve Kerr and David Blatt are both in their first year as head coaches in the NBA, but they've taken very different paths to get there. This is Kerr's first year coaching on any level (though he spent time as the Phoenix Suns' GM), while Blatt is a coaching legend in Europe and the Israeli professional league.

However, Kerr has turned the Warriors into a finely tuned offensive machine that relies on excellent ball movement and spacing, while the Cavs rely on less effective isolation basketball.

Golden State has only lost three games at home all season, but the Warriors and Cavs actually have the same winning percentage in their home buildings since Cleveland traded for J.R. Smith, Iman Shumpert, and Timofey Mozgove.

Golden State holds the advantage in most areas, but the play of LeBron James is enough to keep the Cavs competitive in the series. The Finals are switching from the 2-3-2 home-court format to the 2-2-1-1-1 format used throughout the rest of the playoffs this season, and that will play a major factor in extending this series as long as possible. I expect the home team to win every game in this series, meaning the Warriors pull it out in seven.