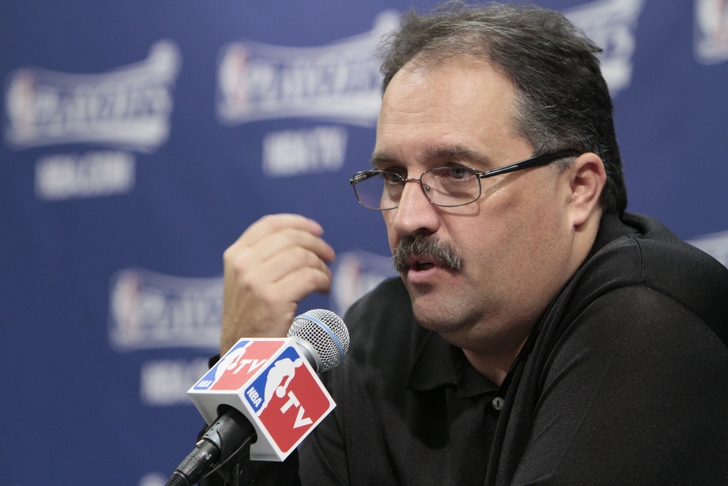 With tens of thousands of articles coming through Chat Sports each day, it can be hard to tell what's REALLY newsworthy - that's why we're here to share the day's top stories:

Playoff Action: Bleacher Report wonders if Roy Hibbert is back to his old self again. Even if he is, would that be enough to stop the Wizards?

The Clippers and the Thunder are tied at 2-2 heading into their game 5 tonight, but unfortunately Donald Sterling is still dominating the headlines (more on that later). In basketball news, the Thunder are licking their wounds after a game 4 collapse, and the Clips are trying to build momentum.

Grantland's Louisa Thomas wrote the only article you need to read about the Spurs this year. The Oregonian asks if the Blazers can maintain the intensity they showed in their game 4 win.

Miami can close out their series against Brooklyn tomorrow night with a win, but CBS Miami says game 5 will definitely be their toughest test to date. NetsDaily examined the collapse that cost the team game 4.

Stan Van Gundy to Detroit? According to Yahoo's NBA Insider/news wizard Adrian Wojnarowski, a five-year, $35 million deal could be imminent. Van Gundy was the top candidate for Golden State and there was reportedly mutual interest, but Detroit's offer of full control was apparently too much to pass up.

Magic Fires Back: Yesterday, embattled Clippers owner Donald Sterling did a CNN interview that didn't go over very well. Sterling doubled down on his attacks on Magic Johnson, claiming he didn't think about charity and that his HIV+ status prevented him from being a good role model.

Johnson's agent pointedly addressed the comments, and Magic filmed an interview of his own with CNN to be aired Tuesday night.

Around the League: The coachless Golden State Warriors, spurned by Stan Van Gundy, have gone back to their pursuit of TNT's Steve Kerr. Suns rookie Archie Goodwin was arrested in Arkansas. Here's a compilation of all 49 of LeBron's points from Monday's game. The New York Times mapped out the most popular teams in every zip code in America, and the Lakers dominated.

That's all for today - make sure to download the Chat Sports iPhone app to get all your NBA stories on the go!