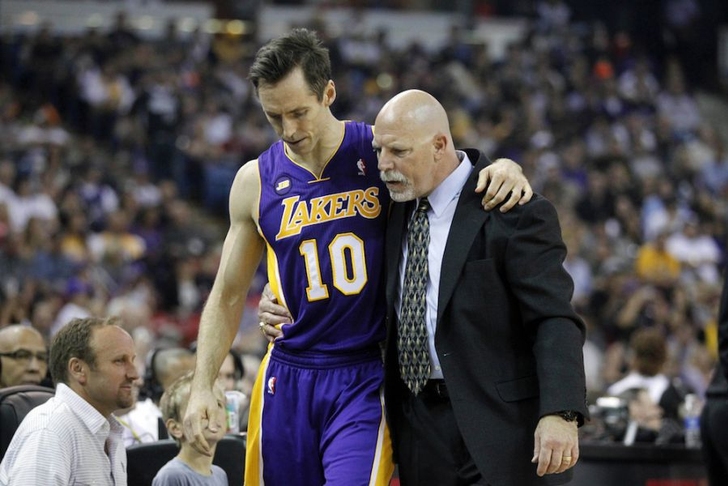 Steve Nash has had a major problem with injuries since he became a Los Angeles Laker two years ago, and they've only gotten worse.

Lakers coach Byron Scott announced yesterday that Nash hurt his back by "just kind of carrying some bags or something" in his home. The 40-year-old point guard said he felt a twinge in his back, and Los Angeles thinks it's just a back spasm.

Nash only played in 15 games last year while dealing with back, knee, hamstring injuries, and nerve root irritation.

Scott said that newly-acquired point guard Jeremy Lin will take over the starting role for Nash. "I have no doubt in my mind that if I went to Steve and said tomorrow, 'You know what, I'm going to start Jeremy and the games that you're available, we're going bring you off the bench,' he's such a professional that I don't think it would be a problem whatsoever," he said to the LA Times.