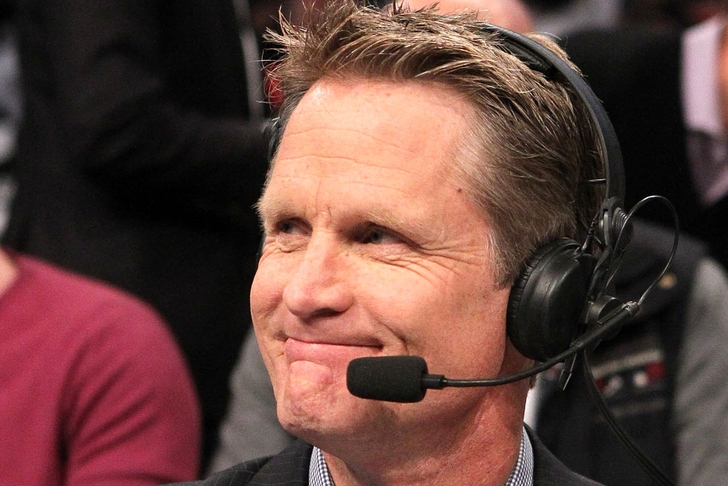 To put Steve Kerr's massive five-year, $25 million deal with the Golden State Warriors in perspective, one only needs to look to two other recent first-time head coaches for a stunning point of reference.

When Mark Jackson signed with the Warriors three years or so ago, the original contract was a four-year deal for $8 million. Jason Kidd stands to make a little more over a four-year period with the Brooklyn Nets, as Nets owner Mikhail Prokhorov broke the bank to land Kerr at $10.5 million.

Combined, Jackson and Kidd would make $18.5 million, which is still just under 75% of what Kerr stands to make if he stays Golden State for the entire five years.

Even an NBA championship coach such as Doc Rivers can't get the security that Kerr received in Oakland. Rivers left the Celtics in 2013 to join the Clippers on a three-year, $21 million deal -- still $4 million less than the total value of Kerr's blockbuster contract.

All of this points to Kerr as being a very expensive decision for the Warriors -- one that owner Joe Lacob is most crossing his fingers and toes over in hopes that it works out.

Thanks to Nick Schwartz of For The Win for the contract info.