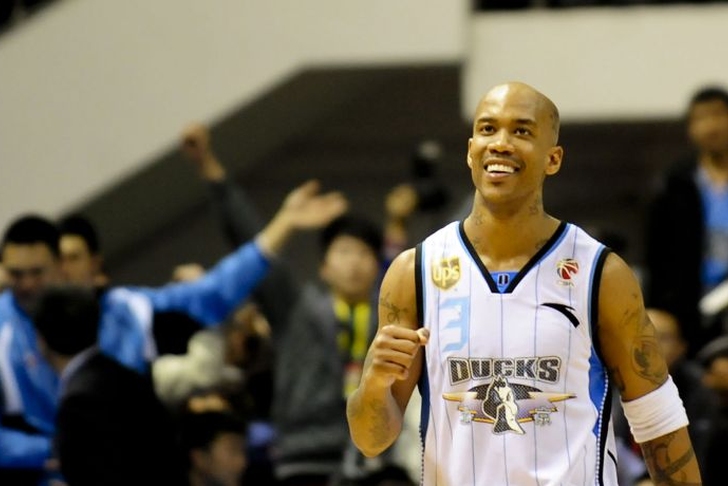 Stephon Marbury celebrated his 37th birthday in China today, and apparently birthday parties thrown by the Beijing Ducks are a little different from what we're used to over in the states...

This is Stephon Marbury celebrating his 37th birthday in China: pic.twitter.com/sFIZwxaapQ

Instead of eating the birthday cake (so old-fashioned), it looks like Marbury is trying to absorb it into his body by osmosis, or something.