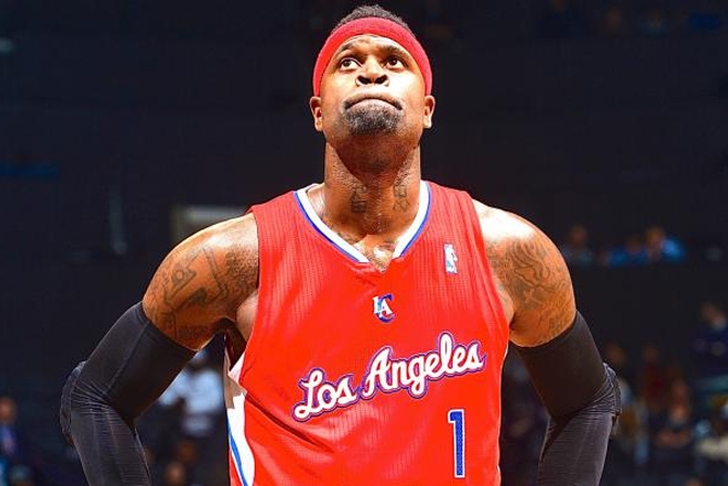 Where do we even start with this one?

You probably remember Stephen Jackson from his 14-year NBA career, where he won the 2003 NBA Championship with the Spurs, followed Ron Artest into the stands to fight Pistons fans during the Malice in the Palace, then helped inspire the underdog Golden State Warriors to their infamous 2007 upset of the 67-15 Dallas Mavericks.

After being waived from the Clippers in January, 'Stak5' turned his full attention to his rap career (for better or worse). On Thursday, he released a music video for his track 'America Da Beautiful' (originally released in May), featuring Scarface:

So...yeah. The Sterling comparison happens at about 1:10, and there are plenty of references to him throughout the song (it was originally just over three minutes long when he first released it in May, but now it's about twice that). It's hard to tell how much attention this is going to get or how seriously people are going to take it (especially now that Sterling doesn't own the Clippers), but it feels like this won't be the last time we hear Stak5 sound off on something controversial.

The Suns Are Trying To Trade Eric Bledsoe - Where Could He End Up?