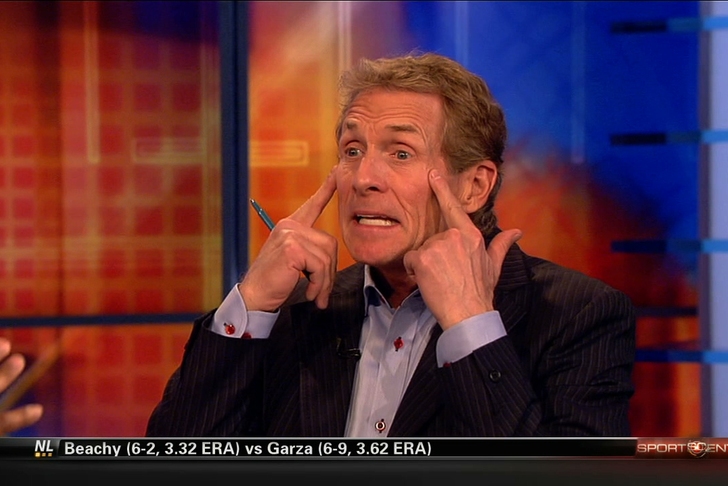 First Take "analyst" and ESPN WWE heel Skip Bayless gave his hot take on Derrick Rose's controversial interview, and it was the thoughtful, measured response we all expected.

Just kidding, it was completely ridiculous:

Sports Illustrated media writer Richard Deitsch, who doesn't try to hide his disdain for Bayless and his schtick, jumped in:

What's truly sickening is that ESPN execs champion and enable this stuff. Just a disgrace: https://t.co/Abw3PF4e8j

If you wanted to try to defend Bayless, you could point out that not even his First Take co-hosts take him seriously at this point, but we'd rather just let Deitsch keep dropping bombs - he's pretty good at it.