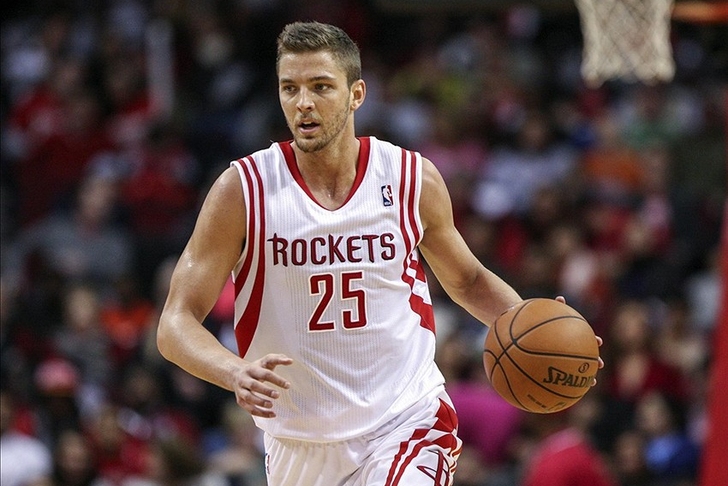 When Dallas gave Chandler Parsons a max offer sheet, it forced the Houston Rockets into a lose-lose situation. They could either match the offer - paying Parsons above market value and clogging up cap space for three years - or lose him for nothing.

The Rockets eventually decided not to match the three-year, $46 million offer sheet, and Parsons became the newest member of the Dallas Mavericks. Video of Parsons signing the offer sheet in an Orlando nightclub with Mavs owner Mark Cuban went viral, leading the media to pay even more attention.

On a Houston's SportsRadio 610, Morey talked about the Parsons, the offer he received, and why the team declined to match.

"The teams that find the Chandler Parsons, not the ones that pay them the max, are the ones that succeed long term," Morey said. "The question is actually: is Harden, Howard, Parsons, is that three a better championship odds than Harden, Howard and the team we can put together with a guaranteed lottery pick, trade exceptions, mid-level young team improving and continuing to be flexible? That was the very tough decision before us.

More quotes from the interview are available here.

Morey, now having missed out on both Parsons and Chris Bosh, has his work cut out for him. The Rockets have reportedly turned their attention to Detroit's Greg Monroe, but we'd expect them to be linked with a number of other free agents over the next few weeks.