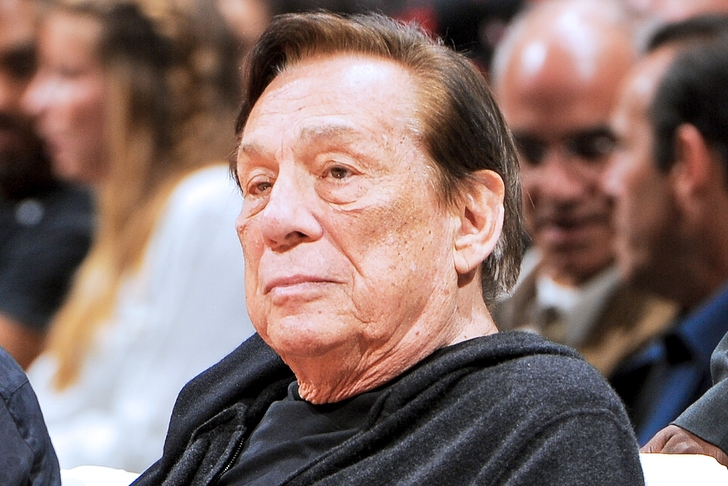 With special thanks to Darren Rovell of ESPN.com, Chat Sports has gotten a hold of the official former charges levied by the NBA against Los Angeles Clippers owner Donald Sterling.

You can view the entire text below:

Below is a summary of the charge that was initiated by the NBA on May 19, 2014 against LAC Basketball Club, Inc. (“LAC”), which owns the Los Angeles Clippers and is itself indirectly owned in equal shares by Donald and Rochelle Sterling. If the NBA Board of Governors sustains the charge, the ownership interests of Mr. and Mrs. Sterling in the Clippers will be terminated.

• As evidenced by the recording made public on April 26, 2014, and by a subsequent media interview, Donald Sterling has taken discriminatory actions and supported discriminatory positions that have had (and will continue to have) a material adverse

impact on the NBA and its teams. Among other things, Mr. Sterling: disparaged African-Americans and “minorities”; denigrated the contribution of NBA players;

• Mr. Sterling also has refused to pay the $2.5 million fine imposed on him by Commissioner Silver on April 29, 2014, despite receiving a Notice of Default from the

NBA. Through outside counsel, Mr. Sterling has claimed that “no punishment” is warranted for his conduct.

respects, including but not limited to the following:

• An NBA membership may be terminated if a member or owner fails or refuses to fulfill its contractual obligations to the Association, its Members, Players, or any other third party in such a way as to affect the Association or its Members adversely.

• LAC violated this provision because the acts described above

• the taking or supporting of a position or action which may have a material adverse impact on the league or its teams, in violation of an agreement made by LAC, Mr. Sterling, and Mrs. Sterling in favor of the NBA and its members;

professional basketball is conducted according to the highest

moral and ethical standards, in violation of the league’s joint

venture agreement among LAC and all other NBA members; and

• a violation of the contractual duty of loyalty to support the league in the attainment of its proper purposes, which include among other things the league’s commitment to diversity and inclusion.

Violation of the Duty of Loyalty

• Under New York law, all member teams of the NBA owe each other a duty of loyalty to support the League in the attainment of its proper purposes.

• LAC breached this duty of loyalty through the acts described above, which were injurious, harmful, and disruptive to the NBA.

Violations of Constitution Article 13(a)

• An NBA membership may be terminated if a member or owner willfully violates any of the provisions of the Constitution and By-Laws, resolutions, or agreements of the Association.

• An NBA membership may be terminated upon the failure of a member or owner to pay any indebtedness owing to the league.

•This provision has been violated because LAC (through the acts of Mr. Sterling) has not paid, and has stated a refusal to pay, the $2.5 million fine that was imposed on Mr. Sterling on April 29, 2014.

• Termination of LAC’s entire membership – including Mrs. Sterling’s interest in the team – is called for by the Constitution and related agreements and is the only viable means for bringing Mr. Sterling’s interest in the Clippers to an end. Under the Constitution and related agreements, Mr. Sterling's words, actions, and views are attributable to and deemed to be the actions of LAC itself. More specifically, if the Board, by a 3/4 vote, sustains termination charges on the basis of Mr. Sterling’s

words, actions, and views, the Constitution calls for the entirety of LAC’s membership in the NBA to be “automatically” terminated.