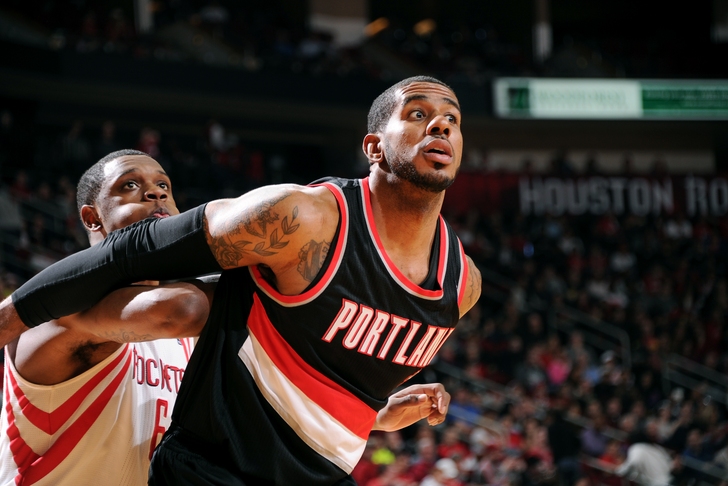 LaMarcus Aldridge recently became the first player since Michael Jordan (1997) to record 80+ points and 15+ rebounds in their first two playoff games of the postseason. He also became the first NBA player with consecutive playoff games of 43 points or more since Tracy McGrady (April 20-23, 2003). After the disintegration of the Brandon Roy/Greg Oden playoff team from 2008-09, Aldridge has brought the excitement back to Rip City.

Portland, which hasn’t won a playoff series since 2000, leads Houston 2-0 after stealing the first two games on the road.

The Blazers are part of a group of teams moving towards a new era of NBA basketball. From back-to-back champions Miami to the new and improved Clippers, the NBA is undergoing a power shift unlike any it's seen before. Teams that haven’t been relevant in years past have now inserted themselves into the league's top tier.

Simply put, the league is now guard-driven and perimeter-oriented. While it may not be the NBA of old, it's exciting, and it looks like the league is headed for a progressive, thrilling future.

This season marked the first year in NBA history where the Lakers (27-55), Knicks (37-45) and Celtics (25-57) all failed to reach the playoffs. All three teams were below .500, and simply did not deserve to represent either conference. Sure, it was odd not seeing these teams compete for a title, but it was just another indication of the changing times.

These three teams just simply haven’t made the necessary adjustments to compete at the highest level, and they’re currently paying the price.

One look at the 2013-2014 playoff tree, and you’ll notice an obvious trend: teams with youth, athleticism and the ability to shoot from outside are the ones making the leaps to the big stage. Oklahoma City and Golden State are exemplary teams in this context, and their style in relation to the rest of the league is part of why they're on the upswing.

The NBA is experiencing a transition period, and the stars of the 2000s are dying out. Kobe Bryant and Tim Duncan will undoubtedly go down as two of the top players of all time, but it would be foolish to say they don’t already have one foot out the door. LeBron James, Chris Paul and Kevin Durant are at the top of the league, and headline an exciting group of NBA stars.

We've come a long way since the post-Jordan years, where the league struggled to define itself after the departure of its marquee superstar.

Moving forward, the NBA will continue to adjust to the new style of play while incorporating players that best fit that mold. Just four years ago, the Lakers and Celtics were competing for an NBA title, and now the stars of those teams are struggling to remain healthy. 'Natural' is the best word to truly describe what's transpiring in the NBA right now.

Over the course of NBA history, there have been numerous waves of talent. In the 1960s, it was Wilt Chamberlain and Bill Russell, in the 1970s it was Julius Irving and Kareem Abdul-Jabbar, in the 1980s it was Magic Johnson and Larry Bird, in the 1990s it was Michael Jordan and Hakeem Olajuwon... and in the 2000s it was Bryant and Duncan. Every decade, we've seen a shift in the NBA hierarchy, and we're now seeing the stars of the 2010s take their place in the spotlight.

The Lakers and Celtics may have missed the playoffs together for the first time, but it hasn’t necessarily been all negative for the league. Both teams have traditionally found ways to remain relevant over the course of NBA history, and that will likely remain true over the coming years. This current change in the balance of power isn't so much about forgetting the past, but more about looking forward to the future.

Other teams are beginning to ink their names in the history books, and for the health of the NBA, that's a good thing. While traditional NBA fans may not take a liking to the recent changes, they were inevitable - two teams weren't going to dominate forever. So as you watch this year’s playoff teams compete, don’t bemoan the absence of traditional powers or dwell on the way the game used to be played - instead, look to what lies ahead. Rip City, Lob City, and the Dubs will be waiting.