PHOTO: Here's The One Person In The World That Can Make Shaq Look Short 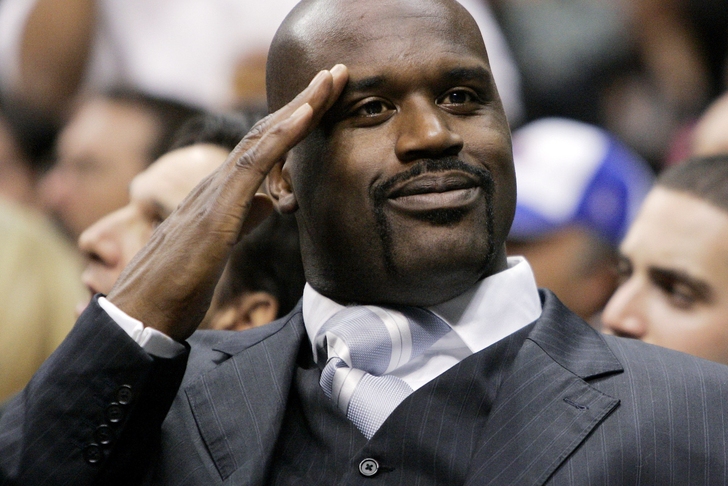 There's gotta be a movie premise in here, somewhere.

Former NBA superstar and current TNT NBA analyst Shaquille O'Neal has likely never been called short in his life. The 7-foot-1 Big Aristotle towered over defenders during his playing days, creating mismatches all over the court.

That is, except for when he brushed up against 7-foot-6 former Houston Rockets center Yao Ming...