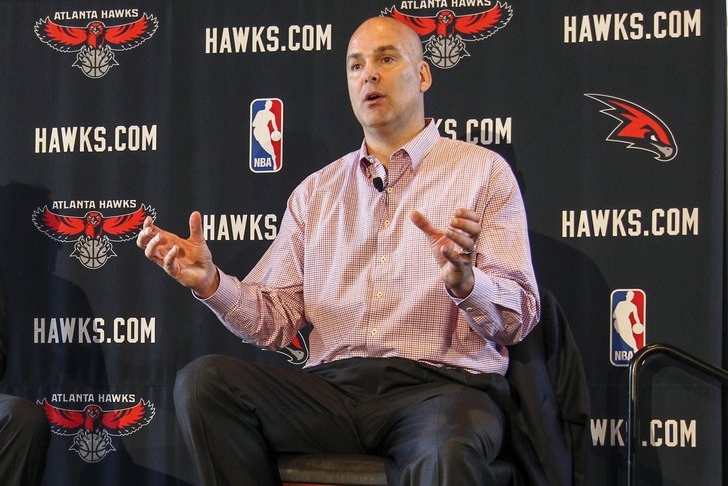 While the recent controversy in Atlanta has been largely overshadowed by larger stories in the sports world, it's still a hot topic in NBA circles.

Owner Bruce Levenson announced his intention to sell the team after self-reporting a racially charged email from 2012, and now GM Danny Ferry is taking a leave of absence after being recorded making racist references to Miami Heat SF Luol Deng.

Now, one NBA star says the issues will have a serious negative impact on Atlanta's future.

“[There] ain’t nobody [who] would want to go there,” Carmelo Anthony said during his Citi Carmelo Anthony Basketball ProCamp on Saturday. “At the end of the day, Atlanta … I think it puts Atlanta back even further now, from that standpoint.”

"...as far as the comments were made, I think it was uncalled for. From an owner, from a GM, those are not things you play with."

Anthony credited NBA Commissioner Adam Silver with his proactive response to racial issues in the league, citing his hard stance on former Clippers owner Donald Sterling after Sterling was caught on tape making racist remarks to a girlfriend.

"I think he came in with fire underneath him, and with a lot of things he had to focus in on, but I think he’s done a great job.”