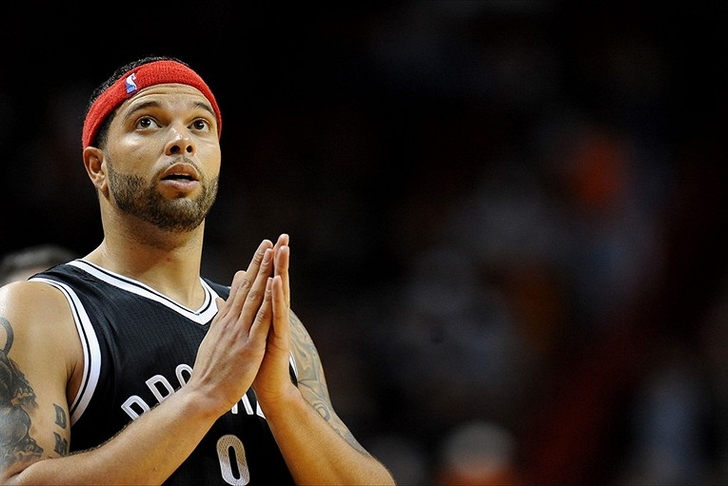 Despite a contract that would appear to make trading Deron Williams impossible, the Brooklyn Nets are reportedly willing to deal their underachieving point guard.

There are unconfirmed rumors flying around that Williams wants out, which would explain Brooklyn's willingness to part with the player. Williams is due to make $63 million over the next three seasons, making it difficult for Brooklyn to find a trade partner, but the team will still explore the possibility.

The Nets acquired Williams in 2011 to be the cornerstone of the franchise rebuild, but the three-time All Star has failed to live up to expectations. Despite being at the age where point guards typically hit their prime, his statistics are down across the board - Williams averaged just 6.1 assists in 2013-14, significantly down from his career average of 8.7.

Williams just announced that he might need multiple ankle surgeries, which would present another barrier to a potential trade. It's unclear what the Nets would hope to gain in a Williams trade, but his contract would make it nearly impossible to gain a real asset in the transaction. There's no guarantee that Brooklyn will be able to move Williams, but it speaks volumes that the organization has reached the point where they're willing to cut ties.