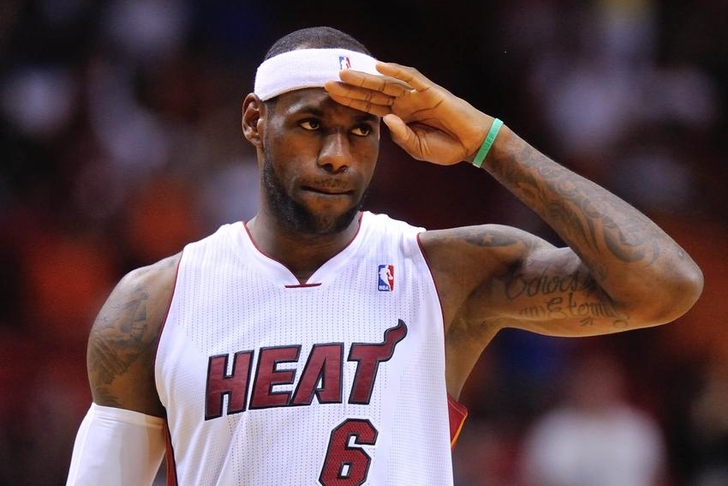 According to NBA Players Association Vice President Roger Mason Jr., LeBron James is ready to lead a boycott of the 2014-15 NBA season if Donald Sterling still owns the Los Angeles Clippers when the season tips off.

Sterling drew almost universal condemnation last month when audio of him expressing racist sentiments to a girlfriend was leaked to TMZ. Sterling tried to mend fences in a CNN interview with Anderson Cooper on Monday, but the interview only buried Sterling deeper as negative comments about Magic Johnson drew more ire.

The NBA has effectively banned Sterling for life, but there are many who believe Sterling will either fight the ruling or attempt to preserve control by transferring ownership to a family member. The NBA and NBAPA have agreed that Sterling should be pressured into selling the team as soon as possible, but it appears that a failure to do so would lead the players to take out their frustrations on the league.

“If it’s not handled by… the start of next season, I don’t see how we’re playing basketball. I was just in the locker room with LeBron. At the end of the day, you know we have leaders. We have player reps, we’ve got executive committee members…. Leaders of the teams, they’re all saying the same thing, ‘If this man is still in place, we ain’t playing’.”