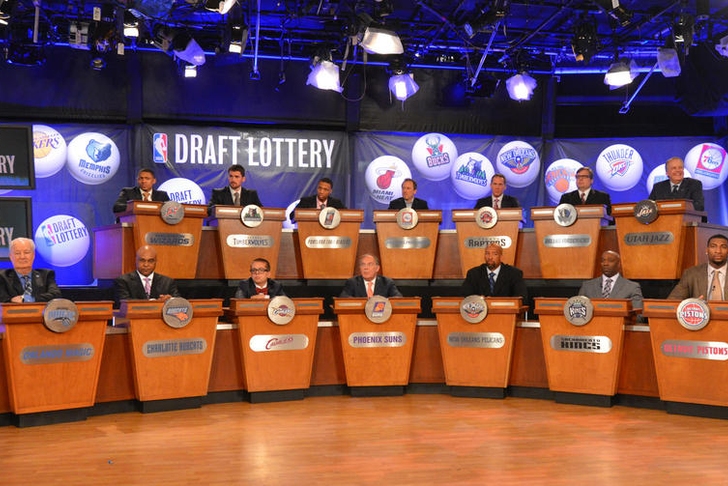 Reports circulated yesterday that the NBA owners would vote to approve a drastic reform to the draft lottery. However, in a shocking turn of events, the reform failed to pass today.

The reform would have given the four worst teams in the league identical odds of winning the first pick in the draft (around 11 percent), with the fifth-worst team having around a 10 percent chance, and the rest of the teams declining.

The proposal was an effort to stop alleged "tanking" by teams, who field young, largely uncompetitive rosters in hopes of rebuilding and landing a superstar early in the draft (this is the strategy the Philadelphia 76ers are employing).

Under the current system, the worst team in the league has a 25 percent chance of winning the lottery, with the second worst team having a 19.9 percent chance, and each team's odds falling slightly thereafter.

In spite of this, the 2004 Orlando Magic were the last team to have the worst record in the league and land the top draft pick (Dwight Howard).