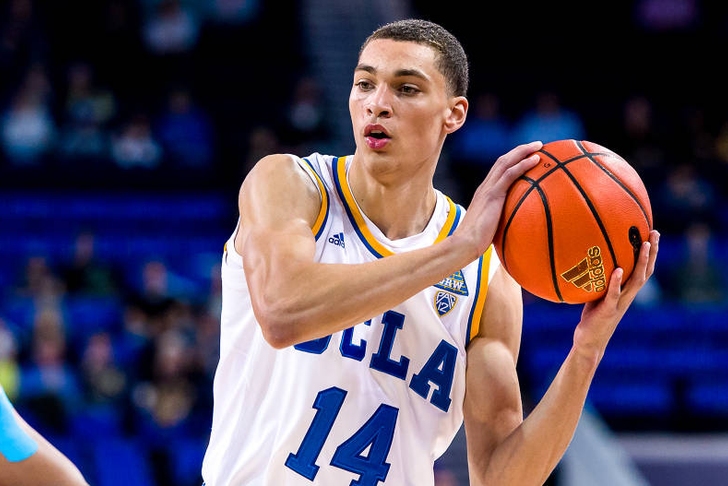 Former UCLA basketball standout (and current NBA Draft prospect) Zach LaVine can't fly, but he comes about as close as people can get. This photo was taken during LaVine's workout with the LA Lakers, and it's kind of bananas - the angle makes him look higher up than he really is, but he's still almost at the top of the measurement pole even with his arm partially bent.

LaVine recorded a 46-inch vertical, which would have tied him with D.J. Stephens for the highest vertical leap in draft combine history (at the official combine, LaVine registered a 41.5 inch leap - still in the top 30 all-time, but not quite as insane as this one). His freakish athleticism and has drawn comparisons to another former UCLA guard, but he'll have to polish his game significantly if he wants to justify the "next Russell Westbrook" label that's been thrown around.

LaVine is expected to go in the middle of the first round, but a string of impressive workouts could vault him into the tail end of the lottery.