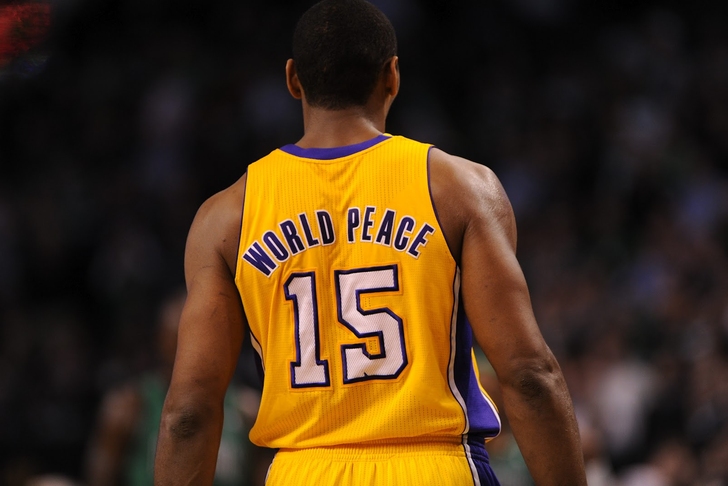 Metta World Peace is taking his basketball odyssey to China.

The newest member of the Sichuan Blue Whales (based in the central Chinese city of Chengdu), World Peace announced that he'll need a new name for his new country.

I'm changing my name for the China this season !!!! You guys will love it

China Daily reported that World Peace would go by 'Panda Friend', but apparently that wasn't quite accurate. MWP himself stepped in on Twitter to end the confusion:

Guys my chinese name is not "Panda Friend" , its "The Pandas Friend".

Seriously. The man formerly known as Ron Artest will be known as The Panda's Friend, an homage to the Chinese animal common in the Sichuan region. He's currently known in China as 'Ci Shiping', a literal translation of 'Metta World Peace' (we aren't sure how they literally translate 'Metta', which isn't an English word - any Chinese speakers want to tell us in the comments?).

The Panda's Friend make around $1.5 million next year. We haven't heard anything yet about him resuming his rap career in Chinese...but we can dream.

Greg Oden Got Arrested Last Night, And His Mugshot Is Unreal

Minnesota Agrees To Trade Kevin Love To The Cleveland Cavaliers