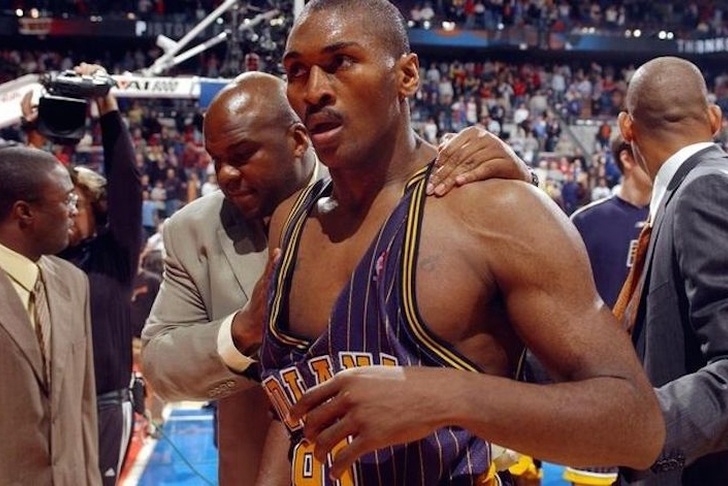 Wednesday marked the 10th anniversary of the "Malice at the Palace" between the Indiana Pacers and the Detroit Pistons, but the story now has a strange new twist.

The fight escalated when a fan threw a beer at Ron Artest, now known as Metta World Peace, who went into the stands to fight him. Apparently, the two are now friends.

Did you guys know that the white dude who threw beer on me in Detroit are close buddies now with me? #howfreakingnutsright?

Ron Artest/Metta World Peace was suspended for the remainder of the season following the incident. He is now playing for the Sichuan Blue Whales in China.