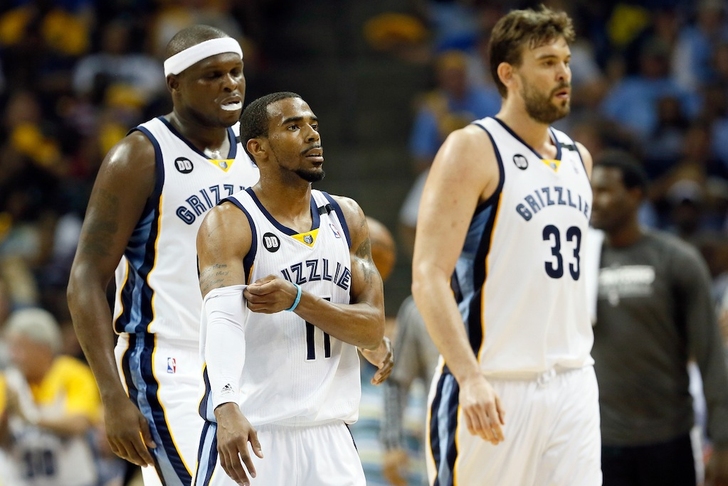 Lost to Oklahoma City in First Round (3-4)

Memphis made a surprise run to the Western Conference Finals in 2013, but took a step back this past season. The core of Zach Randolph, Marc Gasol, and Mike Conley stayed intact, but they decided not to renew then-coach Lionel Hollins' contract, opting for his younger assistant Dave Joerger to be the head man.

The Grizz kept their rough and rugged identity in 2013-14, overcoming injury to sneak into the playoffs thanks to one of the league's best defenses. They pushed Oklahoma City to the brink in the first round, but ultimately couldn't score enough points to get past the Thunder.

With their key players getting older, Memphis needs to win now. Unfortunately, they only have one pick to improve their team through the draft.

Memphis should only be looking at guys who are great scorers because that's their one big weakness keeping them from reaching the next level. They need immediate help on the wing, and P.J. Hairston fits everything Memphis is looking for. He's a great scorer and a knockdown shooter that is big and physical (6'5", 230 lbs.) but needs to work on his defense. Hairston does come with character concerns, but Memphis has strong leadership that should help him develop to his full potential.

If Hairston isn't available, the Grizzlies will go after Jordan Adams from UCLA, another great scorer.

However, there are two other directions Memphis could go with this pick if they feel like addressing their scoring isn't the biggest concern.

They could go for the most Memphis-esque player in the draft in Clemson's K.J. McDaniels. He's 6'6", can play both shooting guard and small forward, and is a great defender (averaged 2.8 blocks per game with the Tigers). The Grizzlies would be getting an elite athlete - something they don't have - but he's a really inconsistent scorer.

The other option would be to find a big man to be the heir-apparent to Randolph as his contract runs out after the season. Anyone they pick would be a reach with Michigan's Mitch McGary being the most likely target in this scenario.

Who should the Grizzlies pick? Can they get back to being Western Conference contenders? Tweet your thoughts to @brauf33.