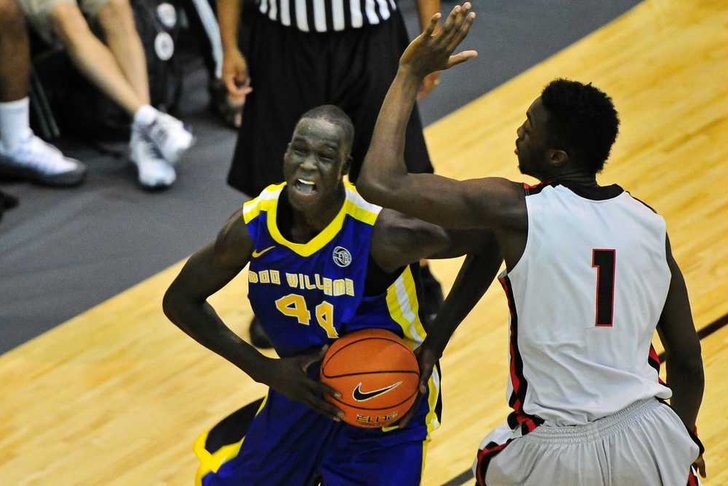 You should probably get to know Thon Maker. The 7'1 Aussie is such a phenomenon, he could spend the next three years in a Tibetan monastery and there'd still be NBA teams lining up to take him in the 2017 draft.

You might expect Maker to hang around the basket and cherry pick, but that couldn't be further from the truth. The #1 player in the class of 2016 (according to ESPN.com) can move well, handle the ball (!) and even knock down shots from three-point range (!!). Maker, like most High School sophomores, still has some physical development to do, but his highlight reel is a tantalizing glimpse at a player unlike any prospect you've seen before:

VIDEO: Roy Hibbert Goes Back To Third Grade For a Hilarious NBA Commercial