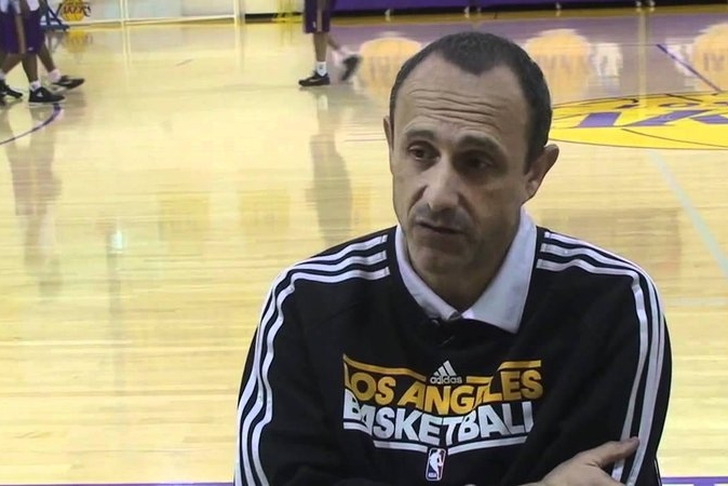 This month promises to be interesting for the NBA and its fans, with several head coaching and high-level assistant jobs seemingly up for grabs heading toward the 2014 NBA Draft on June 26th.

Included in the candidates looking to fill some of these vacancies are two of European's professional basketball's most decorated coaching legends.

Who are these guys? Who could they land with? Chat Sports is here to help answer these questions for you.

After a 13-year career as a player in the Isreal Super League, David Blatt caught on as an assistant coach for ISL team Hapoel Galil Elyon - eventually taking over the reins and winning Isreali Coach of the Year with the club in 1996.

From there, Blatt's career blossomed. He has succeeded almost everywhere he has worked, including stints as the coach of the Israeli (2004-05) and Russian (2006-12) national basketball teams. Case in point, Blatt led Russia to a bronze medal in a very deep field at the 2012 London Olympics.

Most impressive of all, however, may be the five Israeli Cup championships and four Israeli League titles Blatt has earned as head coach of Maccabi Tel Aviv during two stints with the club from 2001 to 2003 and 2010 to the present.

The Cleveland Cavs may be seriously considering Blatt as a candidate for their head coaching vacancy, and Blatt may very well listen - especially with the NBA Draft's first overall pick dangling out there.

If not the Cavs, Blatt has already met with the Golden State Warriors and new coach Steve Kerr about a top-level assistant position, with Flip Saunders and the Minnesota Timberwolves lurking as dark horses to pick up his services in an assistant capacity.

At a relatively youthful 53-years-old, Messina is already widely regarded as of the greatest head coaches in the history of European professional basketball. With 13 different league championships and ten cup titles to his credit during 25 years of serving in various head coaching capacities, it is easy to see why.

Messina also served as head coach of the Italian national basketball team from 1993-97, leading them to a silver medal at EuroBasket 1997.

Perhaps the most eye-popping of Messina's accomplishments is his absolute domination of the Russian League during his two tenures coaching league-powerhouse CSKA Moscow (2005-09, 2012-present). In eight years at the helm of the team, he has led them to five Russian League titles (including four in a row from 2006-09) and two Russian Cup victories.

Messina has already worked for the Los Angeles Lakers, serving as a consultant to former head coach Mike Brown during the 2011-12 season. His familiarity with the organization makes him a favorite for a top-level assistant job with the team, if not for the club's head coaching vacancy.

However, the rumor with the most legs right now has Messina taking a top assistant job under new Utah Jazz head coach Quin Snyder. Snyder worked under Ettore Messina as an assistant for CSKA Moscow, and Messina is also said to have built up a great relationship with members of Utah's front office.