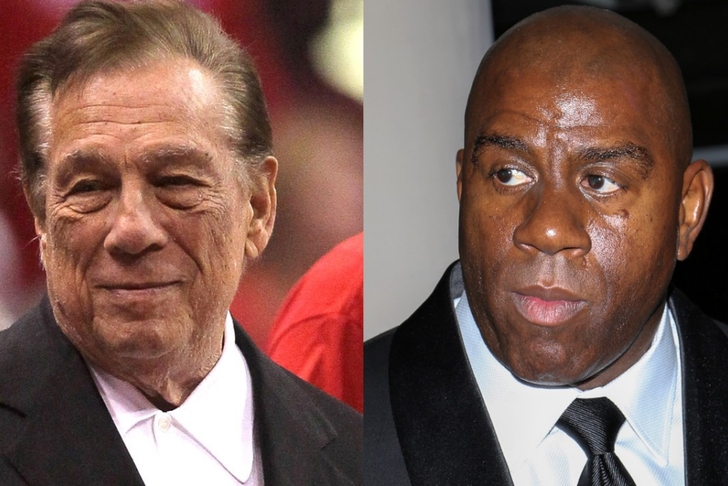 Lon Rosen has known Magic Johnson for decades, and he was unsurprisingly shocked by Donald Sterling's comments about Magic to Anderson Cooper in a CNN interview Monday.

As Magic's agent, friend and business partner, Rosen has worked closely with Johnson since 1979. Sterling, who was recorded asking his girlfriend why she had to "broadcast" her picture with Johnson on Instagram, doubled down on his anti-Magic comments:

"What has he done? Can you tell me? Big Magic Johnson, what has he done?" Sterling asked Cooper. "He’s got AIDS. Did he do any business, did he help anybody in South L.A.?

Rosen fired back in his comments to the Times:

"I've known Earvin since 1979 and his whole mission in life has been to create business opportunities in urban America and to be charitable," Rosen told the Los Angeles Times on Monday. "He has literally donated tens of millions of dollars of his own money to organizations and individuals forever and ever and ever.

"In 1986, he decided to create the United Negro College Fund summer basketball game. He did this while he was a player. He raised millions and millions of dollars. He did this on his own for years.

"He has opened up movie theaters in urban markets across America. He had 124 Starbucks in urban cities across the country. His business model has revitalized urban America and he continues to do it."

Rosen told the Times an anecdote about Johnson that he felt illustrated his real character. Rosen had accompanied Johnson to an event at a school that benefited from the UNCF summer game:

"When he was there, he noticed there was a raffle to raise money because they wanted to rebuild a track. He asked how much it was and they said $150,000," Rosen said. "He pulled out his checkbook and wrote a check on the spot.

"And by the way, he's done this at so many of these events. And he doesn’t want press on it."

Sterling's interview with Cooper has drawn widespread backlash, and appears to have done nothing to help his case in the court of public opinion.