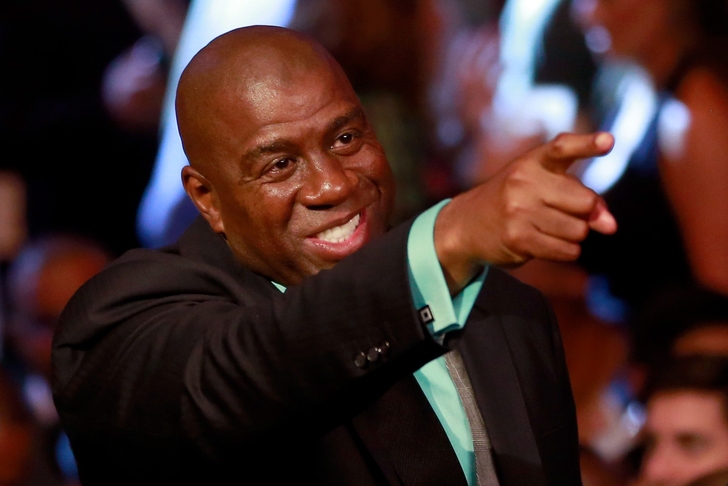 In disturbing audio obtained by TMZ Sports, Los Angeles Clippers' owner Donald Sterling tells his girlfriend, V. Stiviano, that he doesn't want her posting pictures of minorities on her Instagram account, nor bringing them to Clippers' games.

This racially-charged rant was in response to Stiviano posting a picture of herself with Los Angeles Lakers' legend Magic Johnson, setting Sterling off on a long rant about why his multi-racial girlfriend shouldn't be glorifying minorities via social media.

Magic Johnson returned fire via TMZ Sports, stating, "It's a shame that Donald Sterling feels that way about African-Americans."

Magic also posted the following tweets, expressing sadness over the fact that prominent African-American players such as Chris Paul have to work for a racist owner like Sterling:

I feel sorry for my friends Coach Doc Rivers and Chris Paul that they have to work for a man that feels that way about African Americans.

LA Clippers owner Donald Sterling's comments about African Americans are a black eye for the NBA.

Magic also stated that he will never attend a Clippers game again as long as Donald Sterling remains their owner.