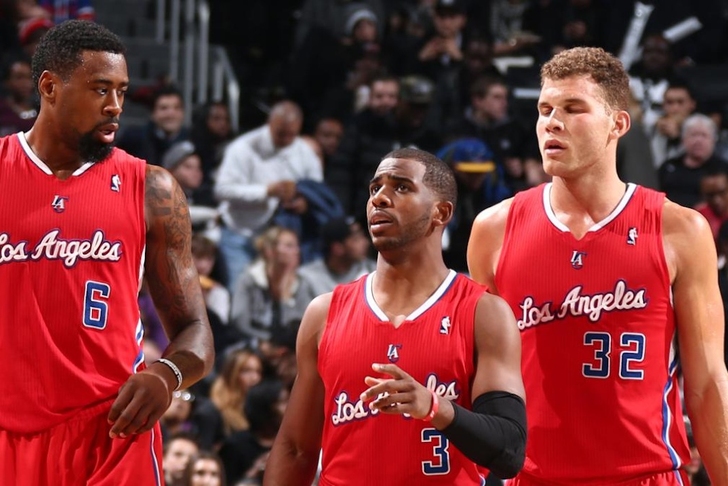 Lost to Oklahoma City in Second Round (2-4)

Los Angeles brought in former Celtic head coach Doc Rivers in the offseason in an effort to bring a championship background to a team trying to take that next step, and it paid dividends for the Clippers.

They were still bounced in the second round by Oklahoma City after a disastrous meltdown in Game 5 - thanks in part to the refs - that may have been the best game of the entire postseason.

The Donald Sterling Saga cast a shadow over this team during the playoffs, creating all sorts of turmoil and uncertainly regarding the franchise's future. Still, Los Angeles reached heights they never had before. They finished third in the tough Western Conference, and both Blake Griffin and DeAndre Jordan became much better players and created a true Big 3 alongside Chris Paul.

They have an extremely talented roster, and clock is ticking before these Clippers become a major disappointment. Who can they add in the draft to take them to the next level and compete for the title?

The Clippers need more shooting, more small forward depth, and more rebounding help. Last year's first round pick Reggie Bullock has a big opportunity to fill the shooting need for this club, so they'll elsewhere in the draft.

Rebounding and finding a third big man in the rotation is probably the most pressing need, and I think they'll fill it with Jarnell Stokes. The former Tennessee Volunteer is only 6'8", but he's extremely strong and excellent on the glass. He was one of only a handful of players to average a double-double in college, and he brings an element of toughness the Clippers lack. They could also go with Michigan's Mitch McGary who's more skilled but not as good of a rebounder.

L.A. does also need a long-term option at small forward behind Matt Barnes, Danny Granger, and Jared Dudley. If they go this route instead of rebounding, Glenn Robinson III from Michigan and Jerami Grant from Syracuse are the two guys they would look at.

Who should the Clippers pick? Will they be able to get past the second round of the playoffs? Tweet your thoughts and responses to @brauf33.