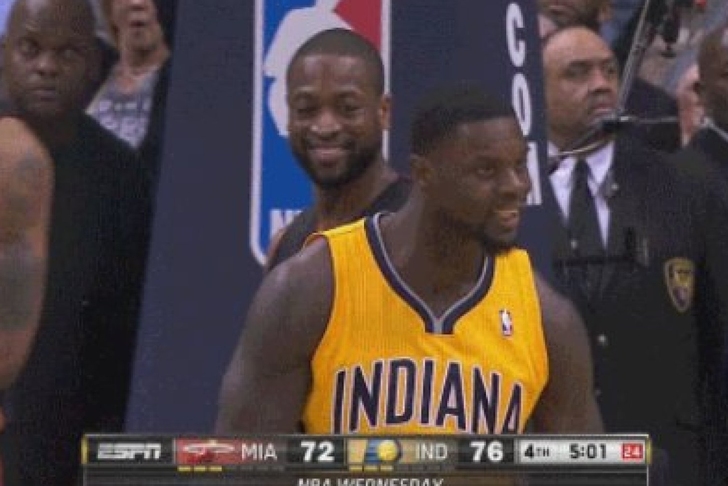 We may have an early view into how the Indiana Pacers plan to attack the Miami Heat in their Eastern Conference Finals match-up, if Pacers guard Lance Stephenson's words are any indication.

Per ESPN.com, Stephenson isn't being shy about what he feels he needs to do in order to take Heat star Dwyane Wade out of his game: "I think his knee is messed up, so I've got to be extra aggressive," Stephenson said, via the Palm Beach Post.

Stephenson also added that he is planning to "make (Wade) run" and to "make his knee flare up or something."

Wade's history of knee problems is well-documented, especially after playing through injury during last year's NBA Finals. Wade played in just 54 of the Heat's 82 regular-season contests, battling a variety of injuries along with just receiving the extra rest coach Erik Spoelstra believed to be necessary to keep him fresh for the playoffs.

Stephenson and Wade also have a history of animosity toward one another, with both guys receiving technical fouls in a brief brush-up during a game on March 26. From Stephenson's words, it doesn't seem like they're going to be best friends anytime soon.

"I'll do anything as much as possible," Stephenson stated -- adding more intrigue to a series which is already being billed as a potential classic by many NBA analysts.

"I think his knee is messed up, so I've got to be extra aggressive," Stephenson said, according to The Palm Beach Post
Back to the NBA Newsfeed
4 shares Share on FB Share on Twitter