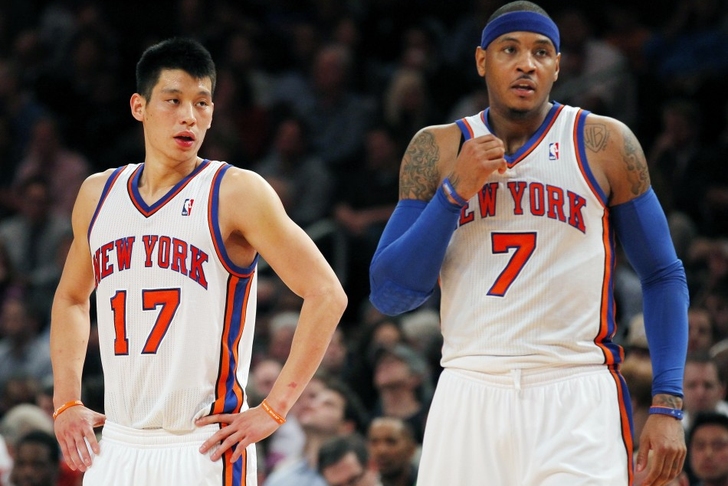 Jeremy Lin is still a member of the Houston Rockets, but it doesn't look like the Rockets intend to keep it that way for long.

The Rockets decked out their arena with images of Carmelo Anthony in a Rockets jersey...wearing Lin's #7 jersey. Anthony wears the same number for the Knicks, and it looks like Houston is assuming Lin won't be around next year to keep it. Luke 6:29 - If someone slaps you on one cheek, turn to them the other also. If someone takes your coat, do not withhold your shirt from them

@EmodMarco im entitled to standup for myself/say i felt disrespected as i did thru tweet but point is love unconditionally/as jesus loved me — Jeremy Lin (@JLin7) July 2, 2014

Anthony is expected to visit the Dallas Mavericks on Wednesday afternoon, then travel to Los Angeles to meet with Lakers management on Thursday. Lin, almost certainly headed for an exit, has drawn interest from several teams.