Is Cleveland's Backcourt Better Than Washington's? 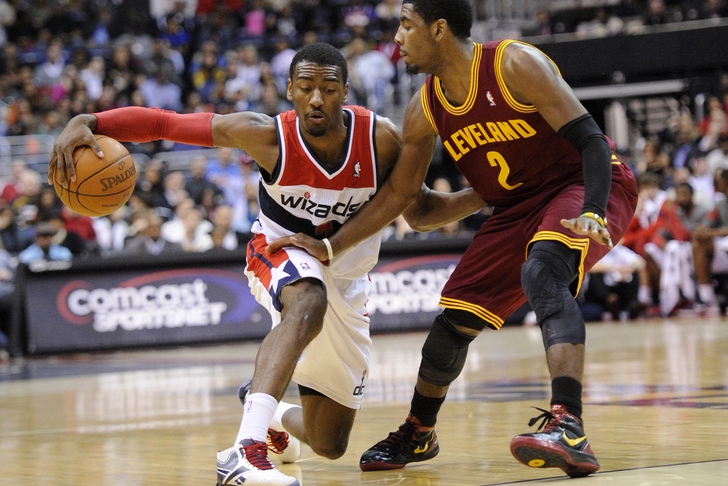 Washington Wizards shooting guard Bradley Beal apparently opened a can of worms when he said Monday that him and John Wall are "definitely the best backcourt in the league".

If you ask Cavalier shooting guard Dion Waiters, that's "nonsense", claiming that "he's not messing with me and Ky[rie Irving]. I think me and Ky are the best backcourt, young backcourt."

And as these things go, John Wall took offense to Waiters' comments, responding with "You gotta win a playoff game before you can talk. You gotta be a starter first."

While the war of words may rage on (Irving hasn't commented on the issue yet), let's take a look at the two backcourts.

Irving is already one of the best point guards in the NBA, making two All-Star teams and leading Team USA to a Gold Medal in the FIBA World Cup this past summer. Wall is considered to be a tier below Irving on the point guard ladder, but made the All-Star team for the first time in 2014.

Beal is viewed as the best young shooting guard in the game, and was Washington's best player in their playoff run last year. Waiters, while productive, was in and out of the starting lineup for various reasons.

The numbers point to a toss-up, but perception points to Washington having the better backcourt between the two. Sorry, Dion.

As for the best backcourt in the league, well, Steph Curry and Klay Thompson might have something to say about that.